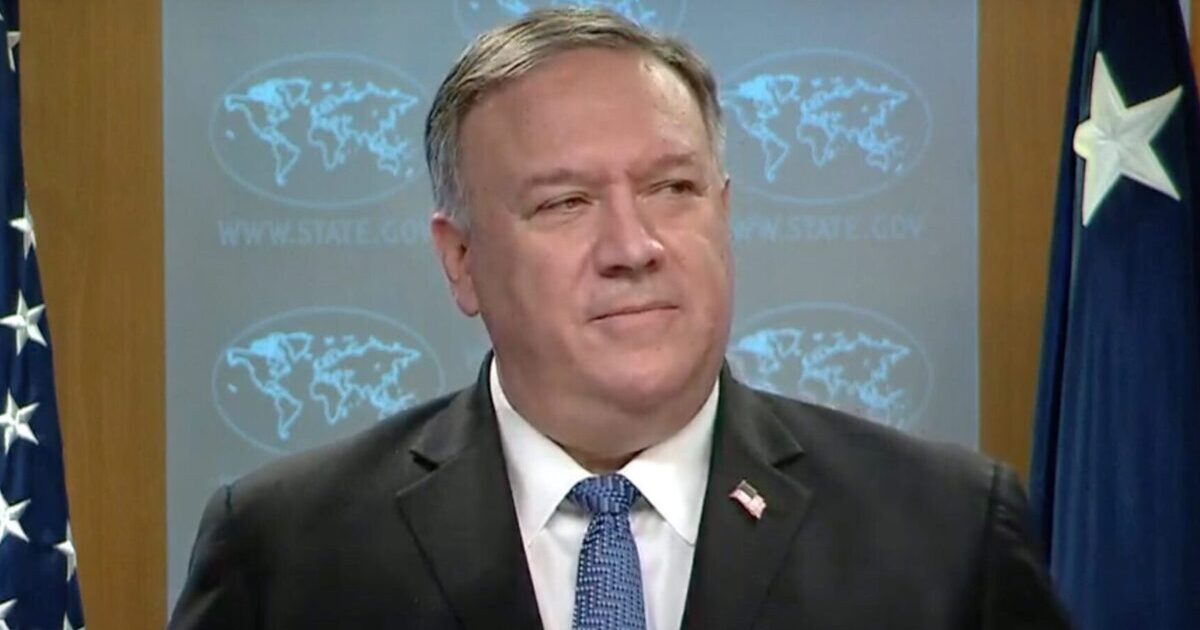 A new report claims that the CIA plotted to kidnap and possibly assassinate Wikileaks founder Julian Assange years ago, and Mike Pompeo ‘spearheaded” these discussions.

Before Pompeo was secretary of state to former President Donald Trump, he was director of the CIA until he was selected to take over for his predecessor, Rex Tillerson. Yahoo! News released a report on Sunday claiming CIA and other Trump administration officials had proposals back in 2017 to abduct Assange from Ecuador’s embassy in London.

“Some senior officials inside the CIA and the Trump administration even discussed killing Assange, going so far as to request ‘sketches’ or ‘options’ for how to assassinate him,” the report said. “Discussions over kidnapping or killing Assange occurred ‘at the highest levels’ of the Trump administration, said a former senior counterintelligence official. ‘There seemed to be no boundaries.'”

The report says Pompeo sought vengeance against Assange for WikiLeaks’ publication of Vault 7, a trove of documents with insights into the CIA’s hacking capabilities. Multiple sources told Yahoo! that Vault 7’s release “hurt the agency to its core,” and Pompeo, “apparently fearful of the president’s wrath, was initially reluctant to even brief the president on Vault 7.”

“Don’t tell him, he doesn’t need to know,” Pompeo reportedly said before he was told that the information was too critical for Trump not to be informed.

The development was described as a source of embarrassment for Pompeo and other top CIA officials, and Yahoo! reports that he and the CIA began to take a more aggressive stance against Wikileaks. Pompeo publicly referred to the organization as a “non-state hostile intelligence service” as he and the CIA deliberated a countermove, and that designation played into their attempts to establish the legal grounds for “offensive counterintelligence” actions against Wikileaks.

When Pompeo declared WikiLeaks “a non-state hostile intelligence service,” he was neither speaking off the cuff nor repeating a phrase concocted by a CIA speechwriter. “That phrase was chosen advisedly and reflected the view of the administration,” a former Trump administration official said.

The report goes on to outline the surveillance conducted on Assange and other Wikileaks personnel. Much of it, however, gravitated around the legal deliberations about how to deal with Assange without setting off a multilateral diplomatic incident.

For Pompeo, Wikileaks was described as a “complete obsession” of his as he told CIA officials “Nothing’s off limits, don’t self-censor yourself. I need operational ideas from you. I’ll worry about the lawyers in Washington.” The National Security Council was reportedly alarmed by the CIA’s proposals, and sources say Pompeo actively floated ripping Assange out of the embassy.

Pompeo and others at the agency proposed abducting Assange from the embassy and surreptitiously bringing him back to the United States via a third country — a process known as rendition. The idea was to “break into the embassy, drag [Assange] out and bring him to where we want,” said a former intelligence official. A less extreme version of the proposal involved U.S. operatives snatching Assange from the embassy and turning him over to British authorities.

That wasn’t the end of it, though:

Some discussions even went beyond kidnapping. U.S. officials had also considered killing Assange, according to three former officials. One of those officials said he was briefed on a spring 2017 meeting in which the president asked whether the CIA could assassinate Assange and provide him “options” for how to do so.

The proposals were objected to by various officials, and while the CIA’s ideas were raising concerns among multiple parts of the government, Yahoo! couldn’t confirm if they made it to the White House. The CIA and Pompeo provided no comment on the story, though Trump denied considering Assange’s assassination.

“It’s totally false, it never happened,” he said. “In fact, I think he has been treated very badly.”