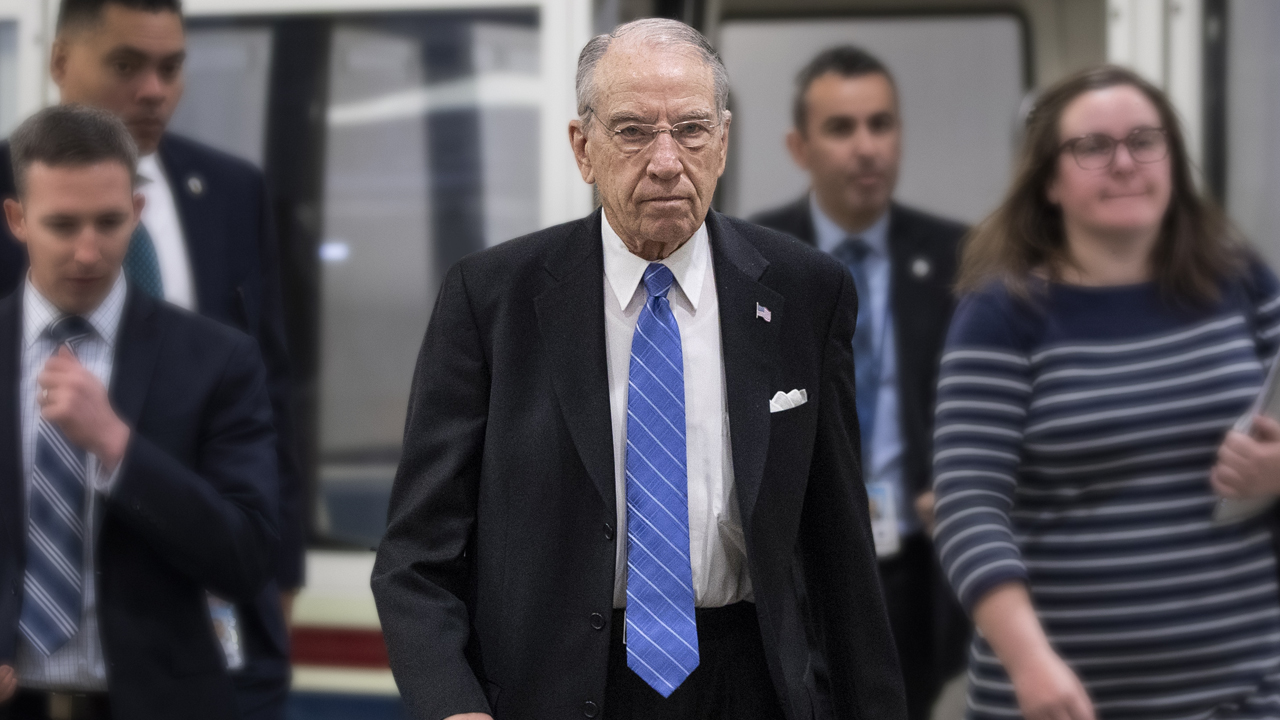 President Trump dropped a trade war bomb on Thursday when he announced his intent to put in place new and harsh tariffs on goods from Mexico until the “illegal Immigration problem is remedied.” And among the many worried, negative reactions was one from Senate Finance Committee Chair Chuck Grassley, in a strongly worded statement.

“Trade policy and border security are separate issues. This is a misuse of presidential tariff authority and counter to congressional intent,” the statement begins. “Following through on this threat would seriously jeopardize passage USMCA, a central campaign pledge of President Trump’s and what could be a big victory for the country.”

Putting this in the context of harming Trump’s own signature USMCA (the replacement for NAFTA) is a smart frame, an effort to show that the tariffs are in conflict with the administration’s own trade goals.

So the opening is the fullest expression of his objection, with the remainder being caveats to soften the blow with Trump and the MAGA supporters and voters by emphasizing how much he’s totally on board for everything Trump is doing with regard to immigration.

Even so it is unlikely his objection will be treated as anything other than leftist Trump hate by MAGA, and his concessions to Trump in the rest of the statement will put off Trump critics. In other words, partisan loyalties will obscure whether Grassley may actually be correct about these tariffs being a bad idea.

Trade policy and border security are separate issues. This is a misuse of presidential tariff authority and counter to congressional intent. Following through on this threat would seriously jeopardize passage USMCA, a central campaign pledge of President Trump’s and what could be a big victory for the country. President Trump should consider alternatives, such as imposing a fee on the billions of dollars of remittances that annually leave the United States to Mexico, which only encourage illegal immigration and don’t help the U.S. economy. It could fund border security measures and would put economic pressure on Mexico without imposing a financial burden on U.S. consumers or harming American jobs. I’ve long supported reforms to to remittance law, which haven’t become law because of opposition from big banks and other financial interests. Mexico must help get the border crisis under control and the president should use appropriate authorities to apply pressure. I’ve also called for a Safe Third Country Agreement so that Mexico cannot simply pass the buck to the United States. Mexico has a leading role to play here when asylum seekers are traversing their country without regard to the law and without consequence. Congress must also immediately fully fund border security and interior enforcement. Democrats should come to the table in a reasonable way and work to put an end to the security and humanitarian crisis on the border. I support nearly every one of President Trump’s immigration policies, but this is not one of them. I urge the president to consider other options.

Stocks, too, took a hit after Trump’s announcement.