Ben Sasse: We Don’t Look to Chinese Commies for the Truth 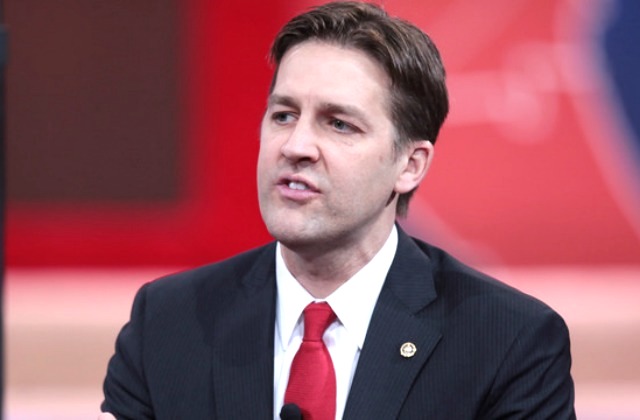 During a press spray on the White House lawn Thursday, Trump told the assembled press that “China should start an investigation into the Bidens,” adding“Because what happened in China is just about as bad as what happened with Ukraine.”

The Republican senator and former vocal Trump critic said of those comments “Hold up: Americans don’t look to Chinese commies for the truth,” before condemning Rep. Adam Schiff for the manner in which he paraphrased Trump’s phone call with the Ukranian president at the center of the Whistleblower complaint.

“Hold up: Americans don’t look to Chinese commies for the truth,” Sasse said in a written statement to The World-Herald. “If the Biden kid broke laws by selling his name to Beijing, that’s a matter for American courts, not communist tyrants running torture camps.”

At the same time, Sasse also offered harsh words for Rep. Adam Schiff, D-Calif., chairman of the House Intelligence Committee. During a hearing last week, Schiff referred to the rough transcript of a phone call between Trump and Ukrainian President Volodymyr Zelensky. Schiff presented “the essence of what the president communicates” during the call and spoke as if he were Trump asking Zelensky to manufacture dirt on his political opponent.

Other than predictable defenders of the President, many Republican Congress members have stayed remarkably quiet in their defense o the embattled Trump administration. Will Sasse’s condemnation of Trump’s calling out China to investigate be an intraparty political outlier, or a start of a new trend? Time will tell.