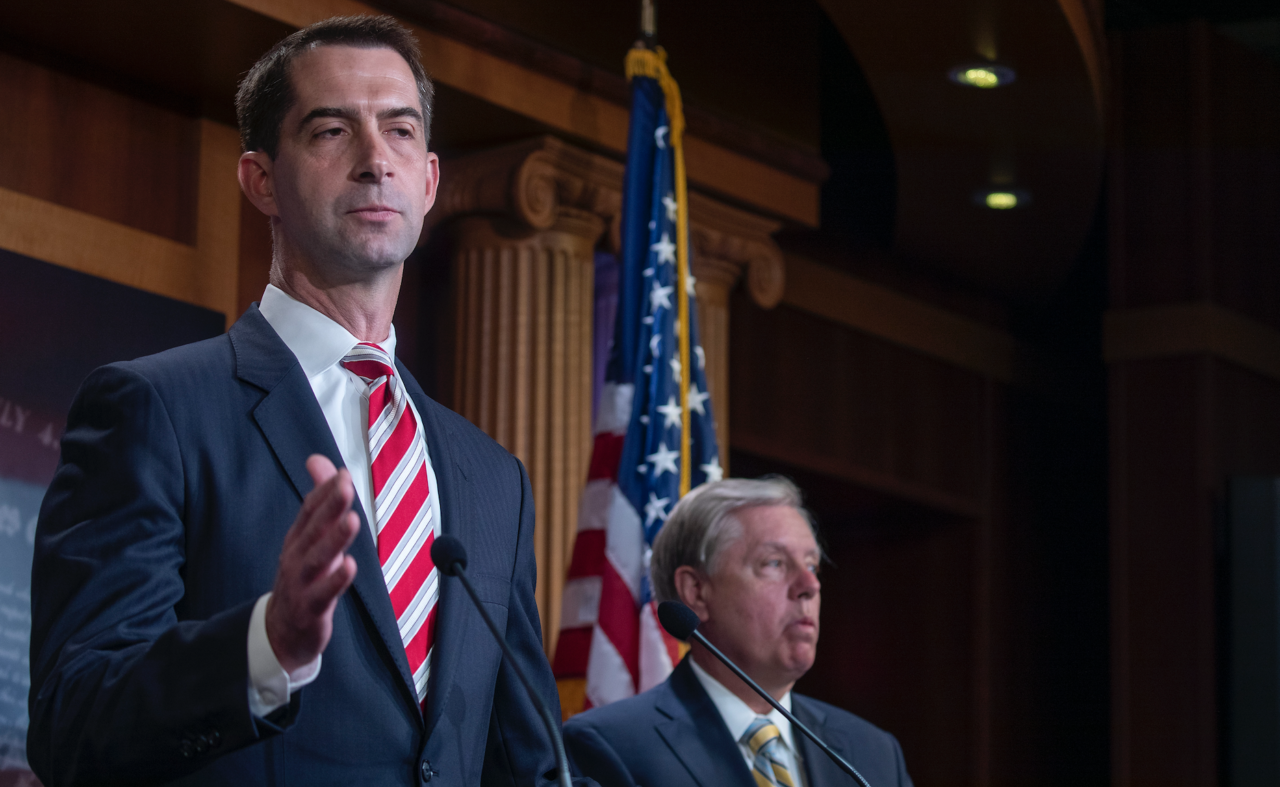 Cotton also said the outlet presented “compelling evidence” Google had changed an algorithm in May that resulted in the “wholesale removal of rank and visibility” of Breitbart stories mentioning Biden. “This is but the latest troubling indication that, despite Google’s public denials, many conservatives or conservative-leaning websites and news sources are on some type of ‘blacklist’ there,” Cotton wrote.

The letter came on the heels of a July 29 hearing where tech CEOs including Pichai testified before a House panel on antitrust issues. Breitbart published a report the day before the hearing noting search results for Breitbart pages related to Biden had “gone to zero,” prompting Rep. Matt Gaetz (R-FL) to question Pichai about the issue. Pichai reiterated testimony he delivered to Congress in the past, telling Gaetz Google didn’t engage in the “manual” manipulation of search results. He did not describe the role algorithms played in the process.

Cotton asked Pichai in his letter to describe any changes the company made to its algorithms in early May and to answer whether they had been “tested to determine whether they filter out either conservative or liberal political views from search results,” adding, “Do you believe it is mere accident Google’s algorithm apparently disadvantages only conservative perspectives in search results in the United States?”

The topic also briefly became an issue in the news in mid-July when the company said a glitch resulted in a range of mostly right-leaning websites — including Breitbart and the Drudge Report — vanishing from search results entirely. Experts said that could have been the result of algorithms imposing “penalties” on websites that were harsher than human operators expected.