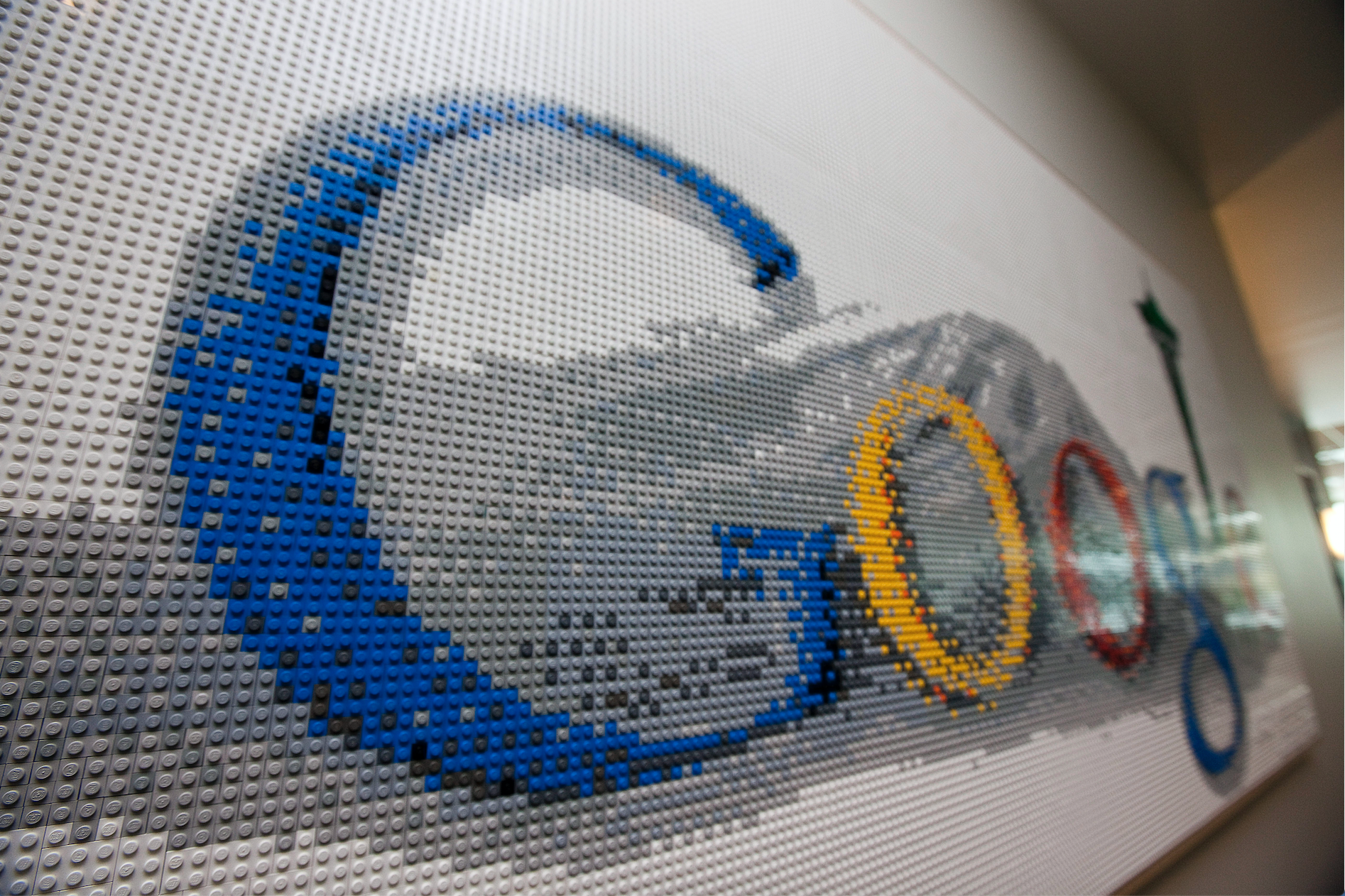 A Tuesday incident in which certain websites briefly vanished from Google search results may have inadvertently exposed an internal list aimed at suppressing certain news outlets, a former engineer for the company said.

“It appears to have revealed the existence of another blacklist that disproportionately targets conservatives,” Mike Wacker theorized in a message to Mediaite. “The glitch is that sites on this blacklist disappeared from Google search results, but the existence of the list is very much by design. And that raises a major question: Why was this blacklist created in the first place, and what else is it used for?”

The issue was evident only briefly on Tuesday morning and early afternoon before it was resolved. However, it was long enough for users to note that they were unable to access websites including Breitbart, The National Pulse, The Drudge Report, Newsbusters, The Bongino Report, and Human Events. At least one left-leaning website, Occupy Democrats, was also affected. Legacy media outlets — including The New York Times and Washington Post — did not appear to be harmed.

Dr. Robert Epstein, a researcher who has argued Google has the power to sway up to 10 percent of American voters in the 2020 election, concurred with Wacker. “It’s likely that a person or algorithm at Google added ‘breitbart.com’ and other URLs to one or more of the company’s blacklists,” Epstein said. “Then, perhaps after some pushback, someone pulled those URLs off the blacklists.”

Any manual manipulation would conflict with testimony Google CEO Sundar Pichai delivered to Congress in December 2018, when he told a House committee the company did not “manually intervene on any search result.”

In a jargon-filled statement, Google said it was looking into the issue, but failed to offer any explanation. “We are aware of an issue with the site: command that may fail to show some or any indexed pages from a website,” the company said in a post published on Twitter Tuesday afternoon. “We are investigating this and any potentially related issues.” 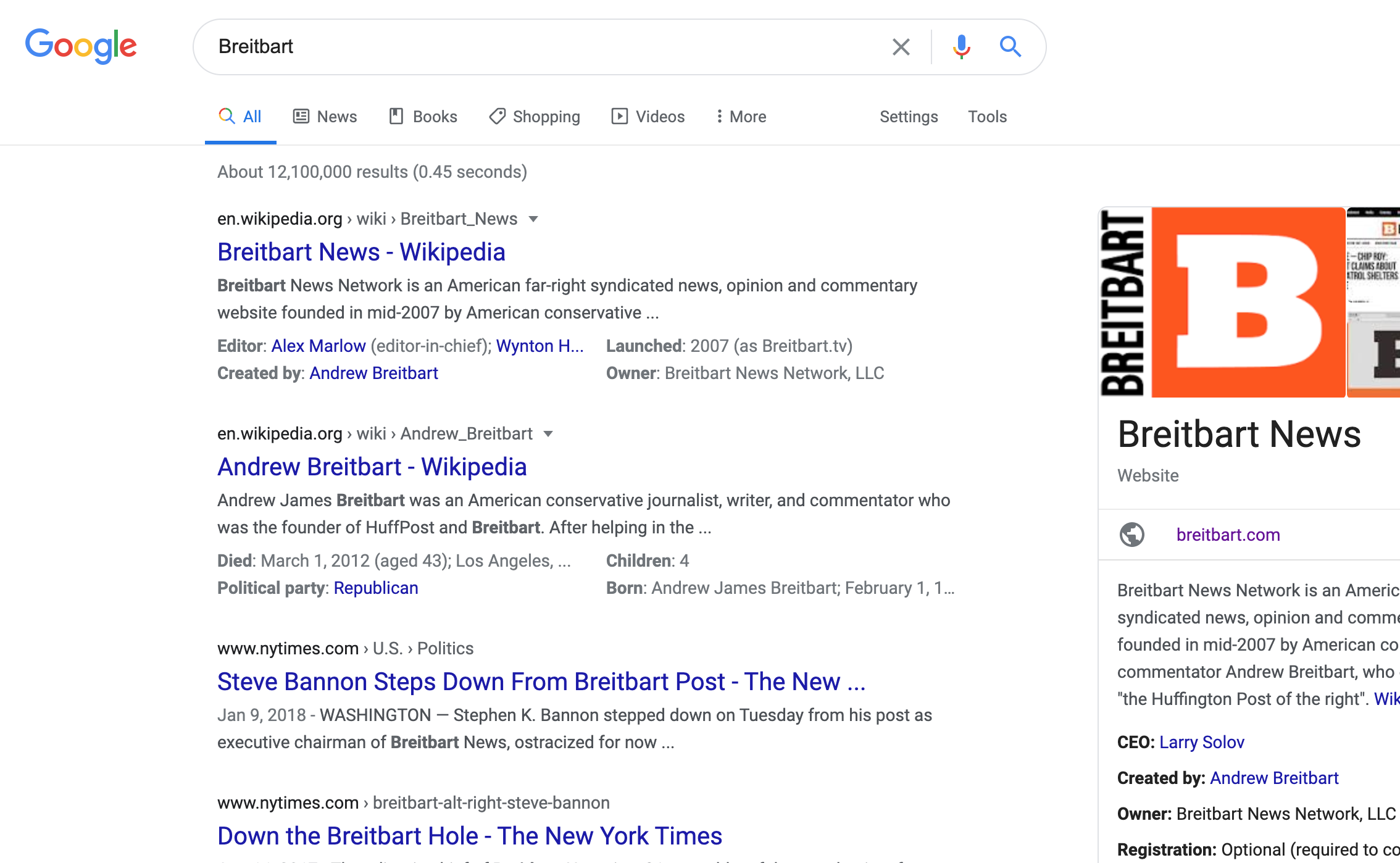 Google results for Breitbart while the glitch was active

In response to an inquiry from Mediaite, a spokesman for Google added, “This issue affected a number of sites representing a range of different content and viewpoints. This issue was a technical error unrelated to the content or ideology of the sites affected.”

“One possibility is that sites on this blacklist are being penalized, and the glitch was that the penalty was accidentally set so high that these sites were effectively removed from Google search,” Wacker said. “I’ve found that a lot of people tend to conflate algorithms with AI since they’re both automated, but AI isn’t as objective and mechanical as algorithms are.”

Google has faced scrutiny over issues related to censorship in the past. One incident leading to Pichai’s 2018 insistence that Google did not manually manipulate search results involved pictures of President Donald Trump appearing at the top of search results for the word “idiot.”

In 2019, the right-leaning Project Veritas released internal Google documents from a former employee that suggested the website was seeking to rank websites according to “quality.” One example document used by company employees showed Fox News ranking below CNN and MSNBC. State-backed Russia Today fell slightly lower on the list, but well above Breitbart.

Tuesday’s incident threatens to enhance the scrutiny in the lead-up to the 2020 election.

“There are two problems here,” Epstein said. “One is the unfettered, unregulated power to suppress content around the world. The second is the complete lack of transparency. The problem with content suppression is that you don’t know what you don’t know.”