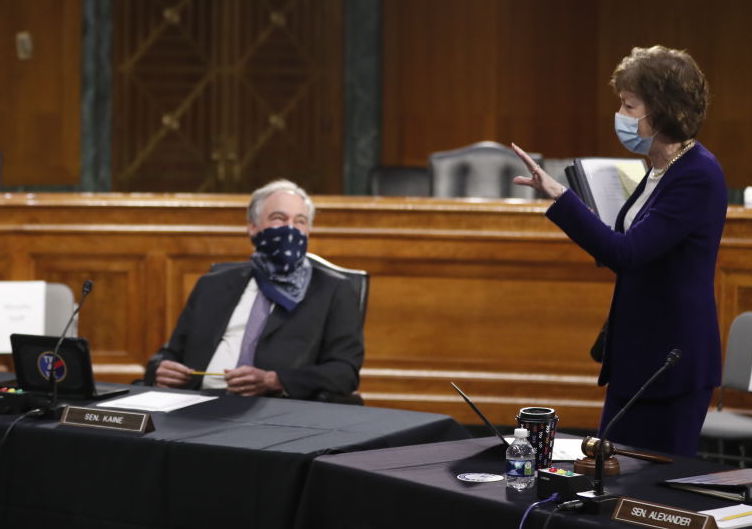 It isn’t clear whether the duo would support moving forward with an impeachment trial in the event their proposal won support, according to three sources who described the discussions for a Tuesday Axios report. A resolution to censure the former president would require just 60 of the Senate’s 100 votes, significantly fewer than the 67 that would be required to convict him after impeachment proceedings.

“I think it’s pretty obvious from the vote today, that it is extraordinarily unlikely that the president will be convicted,” Collins said after the vote. “Just do the math.”

Republicans may also be relishing the prospect that a divisive impeachment trial will prevent Democrats from focusing on agenda items President Joe Biden touted during his 2020 campaign. Biden himself has avoided taking a stance on Trump’s conviction, saying in a statement this month that he hoped the Senate would “find a way to deal” with it “while also working on the other urgent business of this nation.”