This Video of an A**-Kicking, Gun-Toting Military Robot Terrified Twitter — And It Isn’t Even Real

The coming robot apocalypse has everyone on edge these days, wondering how and when it will start and who will be the company that finally took things too far.

Over the weekend, that question seemed to be answered when a frankly terrifying video went viral, showing a nimble, armed robot firing at targets unerringly, even while being pushed, abused, and knocked down.

If you’re into social media robot doom, you’re familiar with the company Boston Dynamics, which has some impressive robots and has put out impressive videos featuring them. Some of those clips you’ll find familiar include Spot, the dog-like robot “designed for sensing, inspection, and remote operation,” and Atlas, the two-legged robot of hopping and climbing fame. 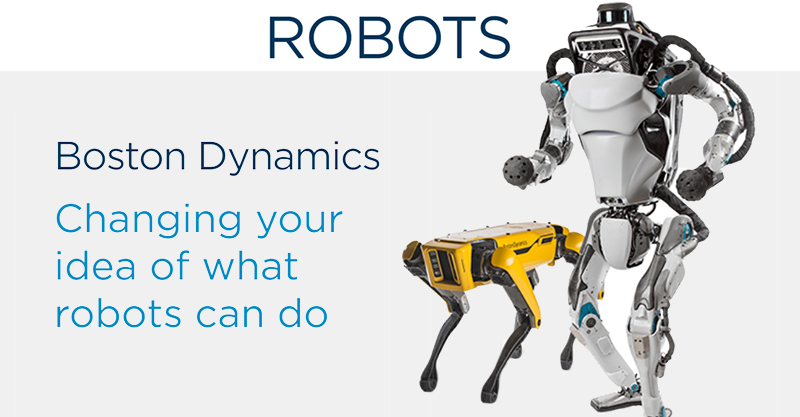 But the video that plunged Twitter into true fear didn’t feature Boston Dynamics, but rather Bosstown Dynamics, which parody name and incredible video are the genius work of Corridor Digital, a production studio based in Los Angeles.

Graphics that fooled a lot of folks. 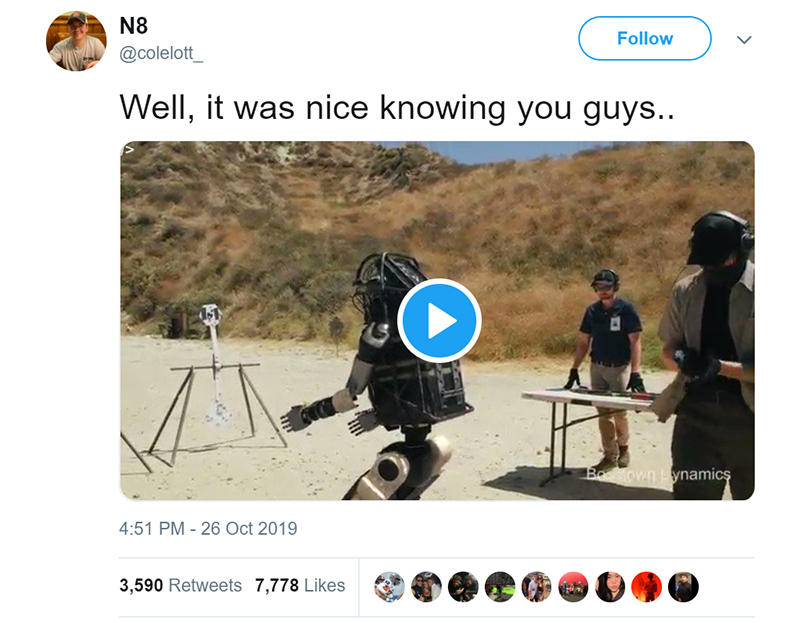 The Matrix is a documentary https://t.co/V7CtM3ylFu

When you watch the whole clip on YouTube rather than the parts people were Tweeting, it’s a bit more apparent what is going on. But it’s still completely fantastic.

It’s not Corridor’s first fake robot clip that went viral. Previous clips that rocketed around the internet included one where they simply abused a poor robot.

The Corridor Digital folks explain how it all went down in a separate video, which you can watch on their YouTube channel here.