Tributes Flood In for Alex Trebek

Tributes Flood In for Alex Trebek: ‘A Blessing to the World’ 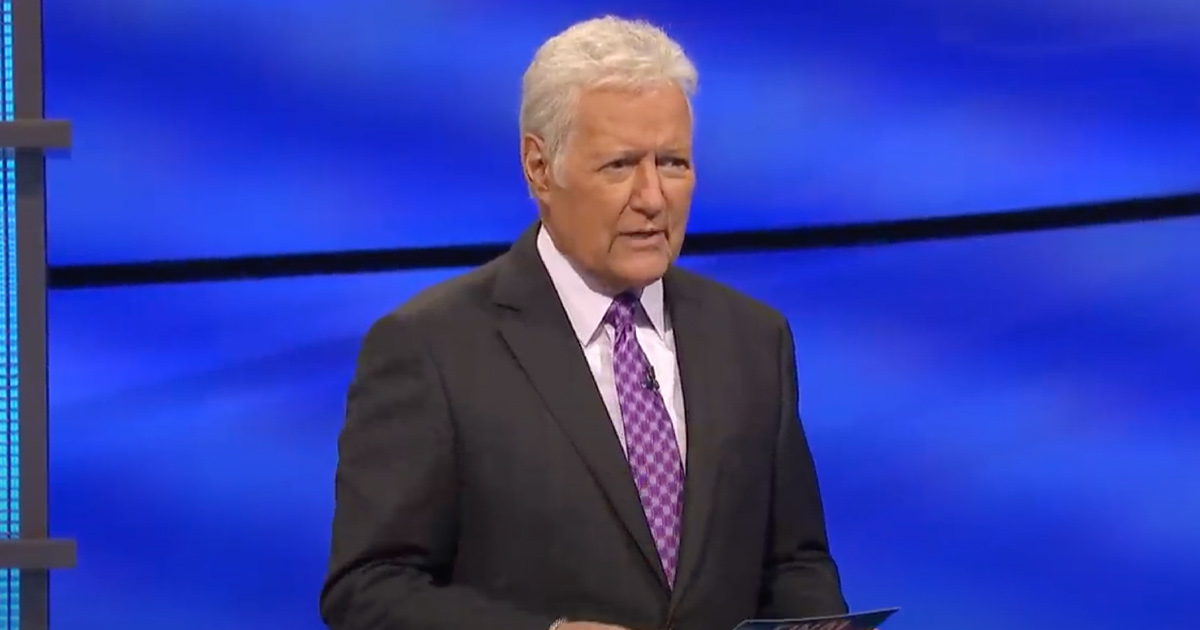 There is arguably no one in television who as was universally beloved as Alex Trebek. Millions oF Americans watched him on Jeopardy! for decades and is considered by many the best game show host of all time for good reason.

As news of his passing broke on Sunday, tributes flooded in from those who knew him and those who grew up watching him, remembering what a good and decent man he was and how funny he could be at times. Trebek appeared as himself in a number of movies and TV shows over the years, and even famously appeared on SNL’s Celebrity Jeopardy for Will Ferrell’s final show as a regular cast member.

People have been sharing some of Trebek’s best moments, from touching moments of guests showing their love and appreciation to the hilarious times he read aloud rap lyrics and tweaked contestants a bit.

“We love you, Alex.” RIP to the ? pic.twitter.com/bZUvzVt0Et

Jeopardy contestant Burt Thakur to Alex Trebek: “I learned English because of you. My grandfather who raised me…I used to sit on his lap and watch you every day.”

Alex Trebek + rap category was such a great night ❤️pic.twitter.com/D0ftzUfDW8

Jeopardy host Alex Trebek has died at the age of 80.

He gave us some incredible memories of the years.

You can see some of the many, many tributes to Trebek on social media below:

Thinking today about his family and his Jeopardy! family—which, in a way, included millions of us.

Alex was so much more than a host. He was an impartial arbiter of truth and facts in a world that needs exactly that. He was someone you could count on to entertain you every weekday, even when his health barely allowed it. And he was an underrated rapper: pic.twitter.com/ybvp7RlvjH

"Hockey is in our blood"

I could theoretically calculate the number of hours my family has spent watching Alex Trebek over many years. But the joy he has brought us is impossible to measure. https://t.co/SisXim5f1I

Couldn't we have one nice weekend? A kind gentleman whose excellence was so consistent, it was easy to take for granted. Rest well, Mr. Trebek. https://t.co/Zq7RN6kSKk

We have lost an icon. Almost every night for more than three decades, Alex Trebek entertained and educated millions around the world, instilling in so many of us a love for trivia. My deepest condolences to his family, friends, and all who are mourning this tremendous loss. pic.twitter.com/XoobAfJwBv

RIP Alex Trebek. A true, true gentleman and courageous hero. May flights of angels sing thee to thy rest ? pic.twitter.com/autbyxnlcs

I was obsessed with Jeopardy as a nerdy kid growing up in Ohio. I’ve loved and revered Alex Trebek since I can remember. What an iconic career. RIP Alex Trebek.

One thing we can all agree on is how loved Alex Trebek was. He will be remembered for his kindness, and being a warrior in his fight battling cancer.

This must be what is was like to be a ball player when Babe Ruth or Jackie Robinson died. The greatest quiz show host ever, never to be equaled. RIP, Alex Trebek.

Had the best time talking with Alex Trebek a few years back about the time he tripped on hash brownies for days, when a woman broke into his hotel room, and much more. Was as pleasant as you’d imagine. RIP. https://t.co/05JNCHD3ML

Alex Trebek was kind enough to film a cameo for our film Free Guy last year despite his battle. He was gracious and funny. In addition to being curious, stalwart, generous, reassuring and of course, Canadian. We love you, Alex. And always will.

My heart is so sad over the passing of the classiest game show host of all time!!! His style was real to me …… condolences to his entire family and fans #AlexTrebek pic.twitter.com/3zMFAmpAXT

Just heard this sad news. Alex was such a kind man. He was truly a blessing to the world. #ripalextrebek https://t.co/CR4Raj7jhO