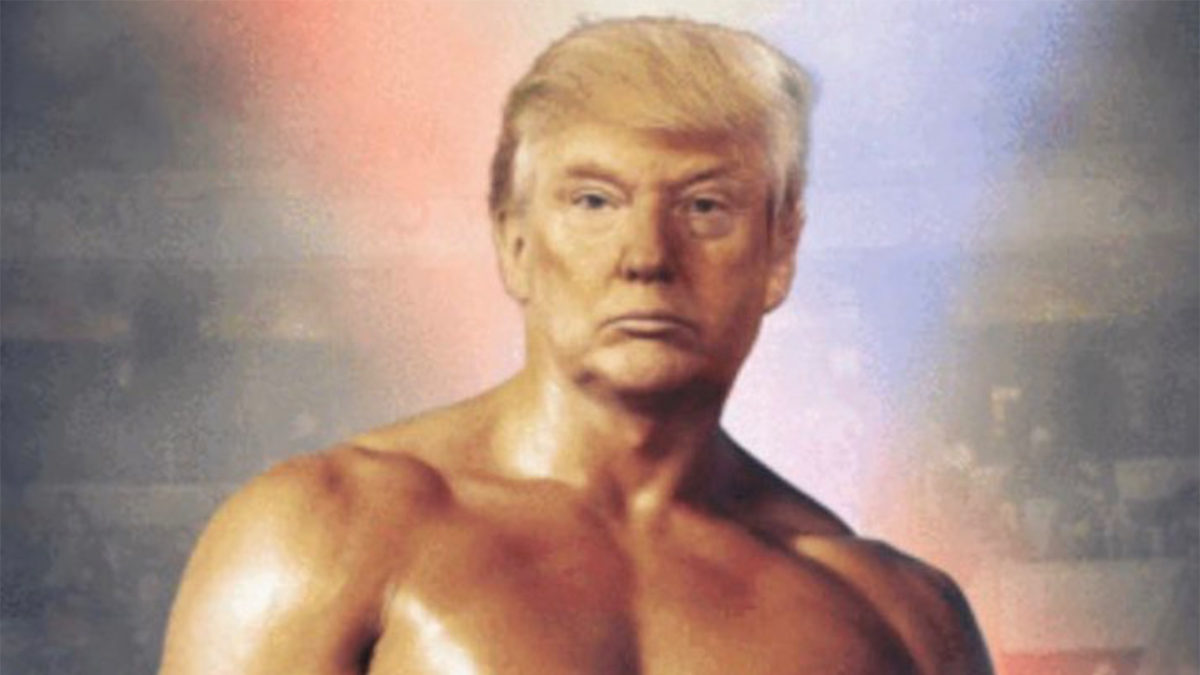 The official reelection campaign of President Donald Trump is disputing a report that Trump tweeted a “doctored” photo featuring Trump’s head fused to the body of fictional boxing champion Robert “Rocky” Balboa, who was portrayed by Sylvester Stallone in a series of popular films.

Trump set the internet ablaze when he tweeted a photo of himself attired in boxing trunks, a championship belt, and a suspicious musculature. Alas, the photo turned out not to be authentic, as Mediate and others reported.

But the official TeamTrump Twitter account took exception to one such report by The Washington Post, headlined “Trump tweets doctored photo of his head on Sylvester Stallone’s body, unclear why.”

The TeamTrumpers’ claim, however, is false. On the first count — the “without evidence” claim — the Post did provide evidence, if not ironclad proof. “The image appeared to have been taken from promotional materials for ‘Rocky III,'” the article noted, which qualifies as evidence.

The second count, that the photo was “doctored,” requires a bit more explanation. Some wisacres on Twitter took the Trump campaign’s tweet as a claim that Trump actually does have the physique and costume of a young Stallone:

I swear Team Trump watched High Castle and other Hitler themed shows and decided, “Yes,that’s how we run this shit show by gaslighting, manipulation, lies and fear, that’s perfect.” JFC Americans have far too much information for this shit to work you complete and utter dumbfucks https://t.co/ROQMikVoDP

I guess everyone was wrong and that was an actual photo of Trump in the ring. He’s in a great shape! I feel so stupid for thinking the photo was fake https://t.co/FxOVModnYj

That probably is what they meant, but for the sake of argument and my word count, let’s say they were making a technical point about the use of the word “doctored,” which some have argued suggests that the intent was to deceive people into believing this photo was an accurate representation of Trump’s physique.

This is where things get complicated, because in order to prove The Washington Post wrong under those terms, TeamTrump would need to provide evidence that the intent was other than deception. Otherwise, the Post is maybe wrong, at worst, but maybe right as well. Who can know what the intent was, unless Trump called someone on the phone and said “No intent to deceive!”

However, that argument is academic, because that’s not what the word “doctored” means, according to Merriam-Webster. Or rather, it’s not all it means, and it’s not even the first definition:

2a: to adapt or modify for a desired end by alteration or special treatment

doctored the play to suit the audience

the drink was doctored

b: to alter deceptively

accused of doctoring the election returns

The pitcher tried to cheat by doctoring the baseball.