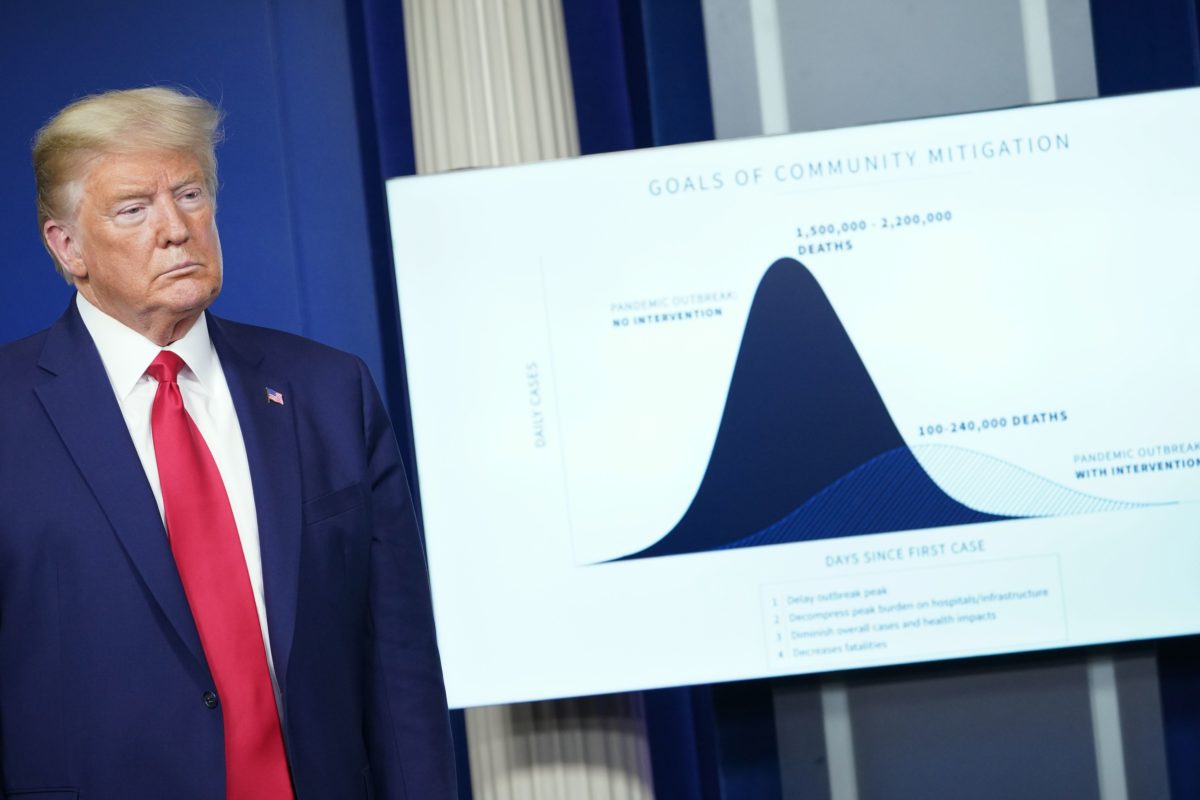 Approval for President Donald Trump’s response to the coronavirus crisis is deep underwater for the third week in a row in an ABC News poll, and for 4 of the 5 weeks, the poll has been conducted.

In the ABC News/Ipsos poll published Friday, 44 percent of Americans approve of Trump’s handling of the Covid-19 outbreak, versus 54 percent who disapprove — a ten-point spread. That’s actually a microscopic improvement from the prior week, when approval was the same 44 percent but disapproval was a tick higher at 55 percent. The week before that, Trump was 5 points underwater at 47 approve, 52 disapprove.

There was a brief moment in mid-March when Trump was 12 points above water in the ABC/Ipsos poll, 55-43, but it was fleeting.

Both more Democrats and Republicans are adorning face coverings in public in the last week, but still, a 24-percentage point divide separates Democrats (80%) and Republicans (64%) – reflecting the influence of political leanings on responses.

Only 20% of Democrats, and 36% of Republicans opted to not wear a mask when they left home in the last week.

Far more Democrats (92%) than Republicans (61%) are concerned about the possibility of catching the highly contagious disease. This difference is driven by a drop in the level of concern among Republicans, from 82%, in the last week, while it is unchanged among Democrats.

And perhaps the biggest divide, apart from disapproval of Trump, is a willingness to jump back into daily life on June 1:

Among those Americans who say their daily routine has changed due to the coronavirus, 31% believe a return to normalcy will come by June 1, compared to 44% who said the same at the beginning of this month. The June 1 date sharply divides partisans with 51% of Republicans and only 17% of Democrats thinking they will resume normal activities by then.