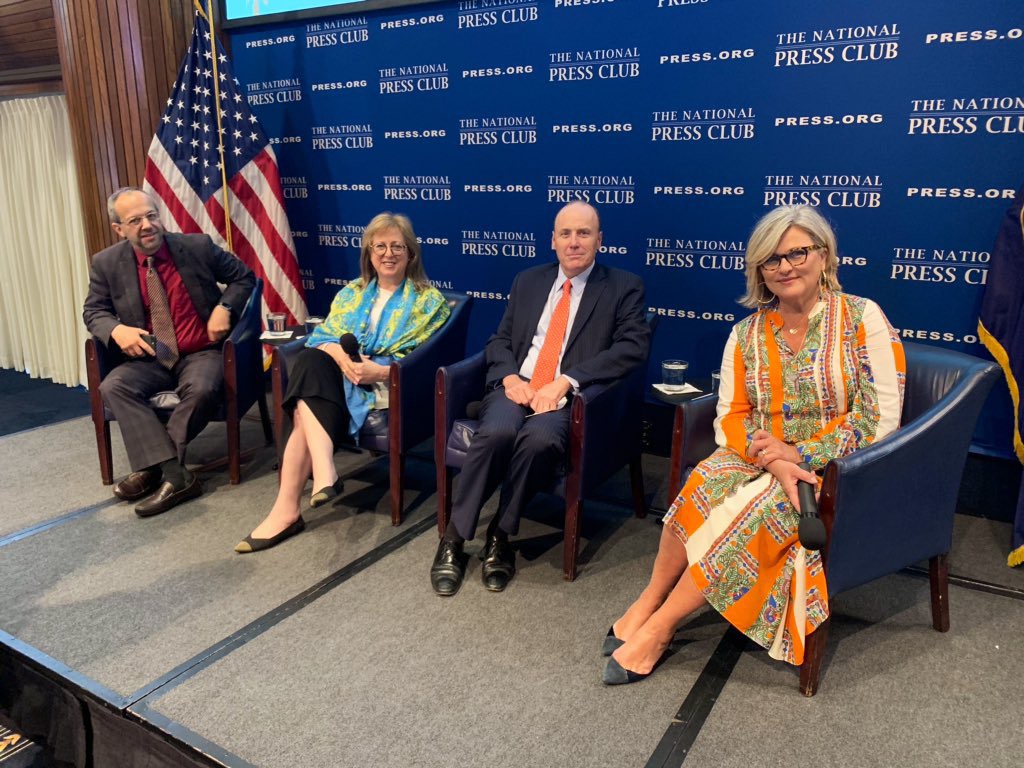 A nonprofit leader praised NBC News for a recent report on the Central African Republic, detailing how over a million children in the nation are in-need due to an ongoing civil war.

UNICEF USA President and CEO Caryl Stern was speaking with NBC’s Cynthia McFadden and the UN Foundation’s Peter Yeo at the National Press Club in Washington on Wednesday, where Stern offered praise for the March report on TODAY.

“This is a piece where at the beginning of the week, no one could tell you where [the Central African Republic] was and by the end of the week, $1.8 million raised in $10 gifts. That’s why you do it,” Stern said.

She added, “to get a 10 minute piece, that was remarkable.”

McFadden praised NBC for running with the piece in the first place — a report which noted that UNICEF needed more donations to provide aid to children in the country.

Fighting has plagued the nation for much of the past decade. A peace deal was signed in February between the government and 14 different rebel groups, but many expressed doubt as multiple past peace deals have ended in failure.

McFadden’s report noted that there is a high rate of malnutrition and hunger in the Central African Public and made note of UNICEF’s use of a nutritious paste known as Plumpy’nut being used to combat hunger.