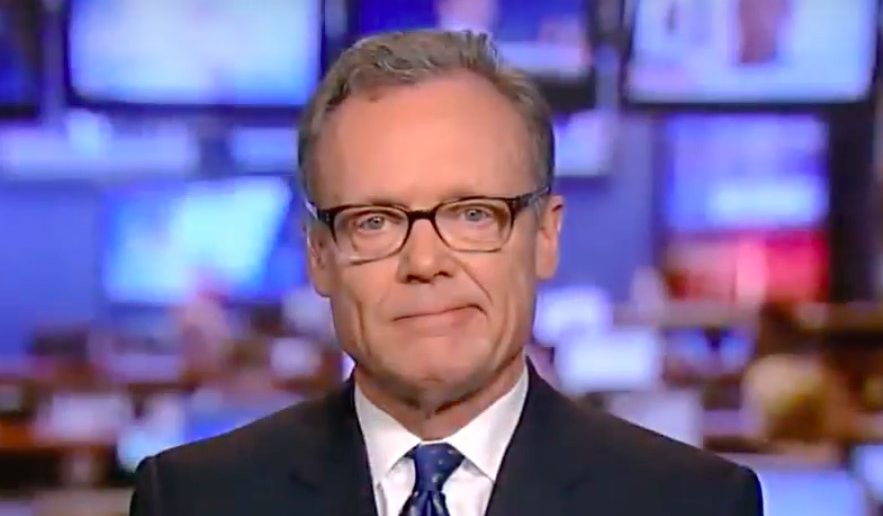 A senior editor quit the Washington Examiner this month after accusing management of failing to address complaints of sexual harassment and a toxic workplace environment, dealing another blow to the conservative outlet’s beleaguered editorial staff.

In a scathing resignation letter obtained by Mediaite, the editor accused leadership of enabling a climate of bullying and harassment from the outlet’s former managing editor, Toby Harnden, and ignoring instances of “abusive behavior” in the office.

Harnden was out at the Examiner last month after a colleague sent leadership screenshots and recordings of Harnden apparently making sexist and homophobic comments.

While Examiner editor in chief Hugo Gurdon claimed to have no knowledge of harassment allegations against Harnden, one source with knowledge of the situation alleged to Mediaite that Gurdon “protected” and “enabled” the managing editor. This source said Harnden — like Gurdon, a British journalist who cut his teeth on Fleet Street — would “constantly” trash women, as well as trans and gay people. They said he would mock American journalists and disparage the Irish in ways employees found offensive.

Gurdon was well aware of the verbal abuse, the source claimed.

“There’s a general sense amongst staff that it’s been an abusive environment,” they said. “Toby got caught.”

Harnden denied the allegations in a statement to Mediaite: “At the Washington Examiner, I hired, promoted, and worked productively with people from every background and walk of life. I am proud of the success we achieved together. I have never sexually harassed or discriminated against any person or group of people.”

Following Harnden’s exit, the editor who recently quit sent an email to executives, including editor in chief Gurdon, accusing Harnden of creating “a climate of nonstop workplace terror and bullying.”

In response to that memo, as well as the allegations against Harnden, Gurdon promised staff an internal investigation, conducted by a third party enlisted by the Examiner’s parent company, which is based in Denver.

That investigation, according to the editor who quit, never materialized. In the resignation letter, the editor wrote that after they first complained, Gurdon “acted shocked” and claimed to have known nothing of what they claimed was Harnden’s “psychological abuse and sexual harassment of me and my coworkers.”

And after CNN reported that Gurdon was promising a probe, the editor wrote that “no one on staff has heard anything about an internal investigation.”

Shortly after the editor’s resignation in early March, the probe that Gurdon had promised began. One source at the Examiner explained that Ryan McKibben, an executive at the Examiner’s parent company, told staff the investigation took longer to initiate because of the difficulty in finding the right law firm.

The editor who quit alleged in the resignation letter that Harnden “frequently made sexually disparaging comments” about female staffers. In one episode, when the editor told Harnden remarks he had made could result in a sexual harassment claim against the Examiner, he allegedly replied: “Oh fuck off.”

The editor also revealed another episode that pushed them to quit: an “appalling graphic” that ran alongside a story by Examiner writer Eddie Scarry (disclosure: Scarry previously wrote for Mediaite). The graphic, illustrating a so-called “privilege pyramid” (rape victims, transsexuals and refugees were shown at the top) had sparked outrage on social media. It was removed from the online iteration of the story, but remained a stain on the magazine’s print issues.

Who knew that being a
T R A N S S E X U A L
put us at almost the top of the privilege pyramid? pic.twitter.com/xyGp1AbYx3

“At the top of the pyramid is rape victims, not people who falsely claim rape, but rape victims,” the editor wrote in their resignation letter. “Women in the office who saw this graphic broke down in tears, as did other sexual assault survivors who contacted me in outrage.”

“Management knew that the privilege pyramid graphic was appalling and demeaning and published anyway,” they wrote.

Another former Examiner employee who left the outlet in part because of the unhealthy workplace culture told Mediaite the illustration was a “tip of the iceberg moment” for them.

Staffers in both the news department and commentary side, where Scarry works, were “disturbed” by the graphic and management’s handling of it, the ex-employee said. Meanwhile, while Scarry had not illustrated the graphic, the former employee pointed out he mocked those who took issue with it on Twitter, while Gurdon did nothing to rein him in.

“I loved that illustration,” Scarry told Mediaite when reached for comment. “Very creative!”

“It can seem like the point is to piss people off to get more clicks,” the former staffer said, adding that management’s inability to address complaints about culture was a “major factor” in their decision to leave.

“They were cycling through female editors on the news side because, A, Toby didn’t know how to work with women and B, women didn’t want to work there,” the former employee explained. “So this is not a one time thing. It was very much a trend.”

Meanwhile, sources described staff as “demoralized” as a traffic slump has prompted Gurdon to demand urgent remedial action to turn numbers around.

Jon Nicosia, a former Examiner editor, told Mediaite that Fox News was “furious” about posts the outlet had published about the network. Nicosia, a former Mediaite editor, was recently fired from the Examiner after sharing a lewd video with staff. He defended the video as a potentially controversial news story.

There was a ban on Examiner guests appearing on Fox News, Nicosia said, until Gurdon demanded he not assign negative breaking news stories about the network. Nicosia said he was also asked to stop covering “anything” said by CNN’s Brian Stelter, who often criticizes Fox News.

In an email reviewed by Mediaite, Nicosia told Fox that the Examiner would stop writing about Stelter’s coverage of the network. The Examiner went so far as to delete a story on the film Bombshell, about sexual harassment at Fox News. A Fox spokesperson told Mediaite they did not contact the Examiner about the Bombshell piece. Fox did not offer further comment.

The editor who resigned this month expressed a desire to stay at the Examiner in their letter, but wrote that by the time they quit they had become “ashamed to work for this organization.”

“I’m heartbroken for my colleagues who’ve been treated shamefully,” they wrote. “I’m appalled at the disregard for gays and for women in particular and for the casual attitude toward enabling and encouraging, demeaning, abusive behavior.”