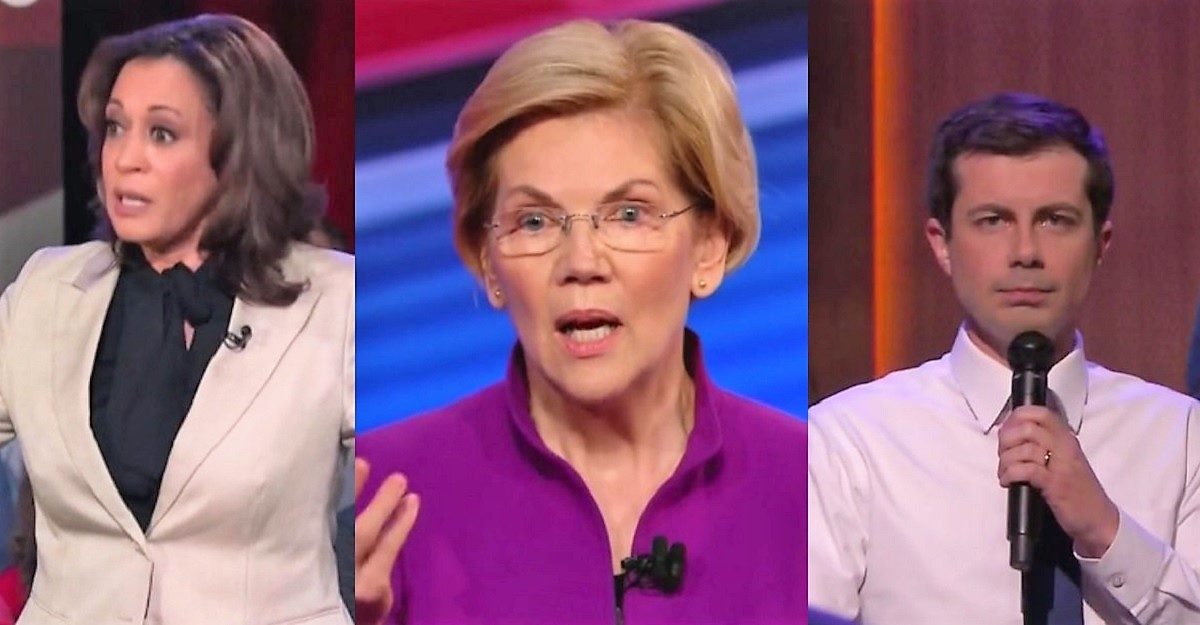 The Post‘s analysis charted each candidate’s RealClearPolitics average before and after each of 26 town halls on Fox News, CNN, and MSNBC, and concluded that most of the events had little effect on the polls.

Vermont Senator Bernie Sanders‘ Fox News event is the highest-rated town hall to date, but it’s tough to gauge its impact because his poll numbers sank shortly thereafter on the heels of Joe Biden‘s entry into the race. Sanders’ average improved by 1.3 points. before the Biden effect took hold.

Harris was at 6.7% when she appeared at her first CNN town hall, and shot up in the polls afterward, hitting a peak of 12.3% three weeks later. The Post chalked up Harris’ precipitous bump from her CNN town hall to its proximity to her own campaign launch, but it was also the most-watched event of its kind in CNN history.

No, according to WaPo’s Phil Bump, the big winner from town halls was Mayor Pete. Bump wrote “He went from zero in the polls to 1.6 percent three weeks later, effectively getting onto the map for the first time” following his CNN town hall,” and added “A month after that town hall, he was near 3 percent; another month later, and he was over 6.”

Mayor Pete also lost over a point in his average following his Fox News town hall.

But for some reason, Bump’s analysis doesn’t even mention Warren, who easily showed the clearest benefit from her April 22 CNN town hall, one of five that aired that night. She shot up from six percent to almost nine in less than two weeks.

The rest of the town halls had little effect on candidates’ polling, according to this analysis, which did not include Senator Kirsten Gillibrand‘s attention-getting Fox News outing this past weekend.

Such a small number of town hall “winners” makes it tough to glean lessons for the candidates going forward. Harris and Buttigieg seem most likely to have benefited from the newness of their campaigns and good performances at the event.

But Warren’s performance, coming as it did against four other competitors, may offer the best place to look for an advantage. She turned in a strong overall performance, but she also made news by coming out with a strong statement on impeachment.

Even at their best, these events have a very limited viewership, but it could well be that the viral effect of moments like Warren’s, or as Bump also notes, the as-yet-untested buzzworthy Gillibrand bites, are the true keys to town hall success for Democrats.