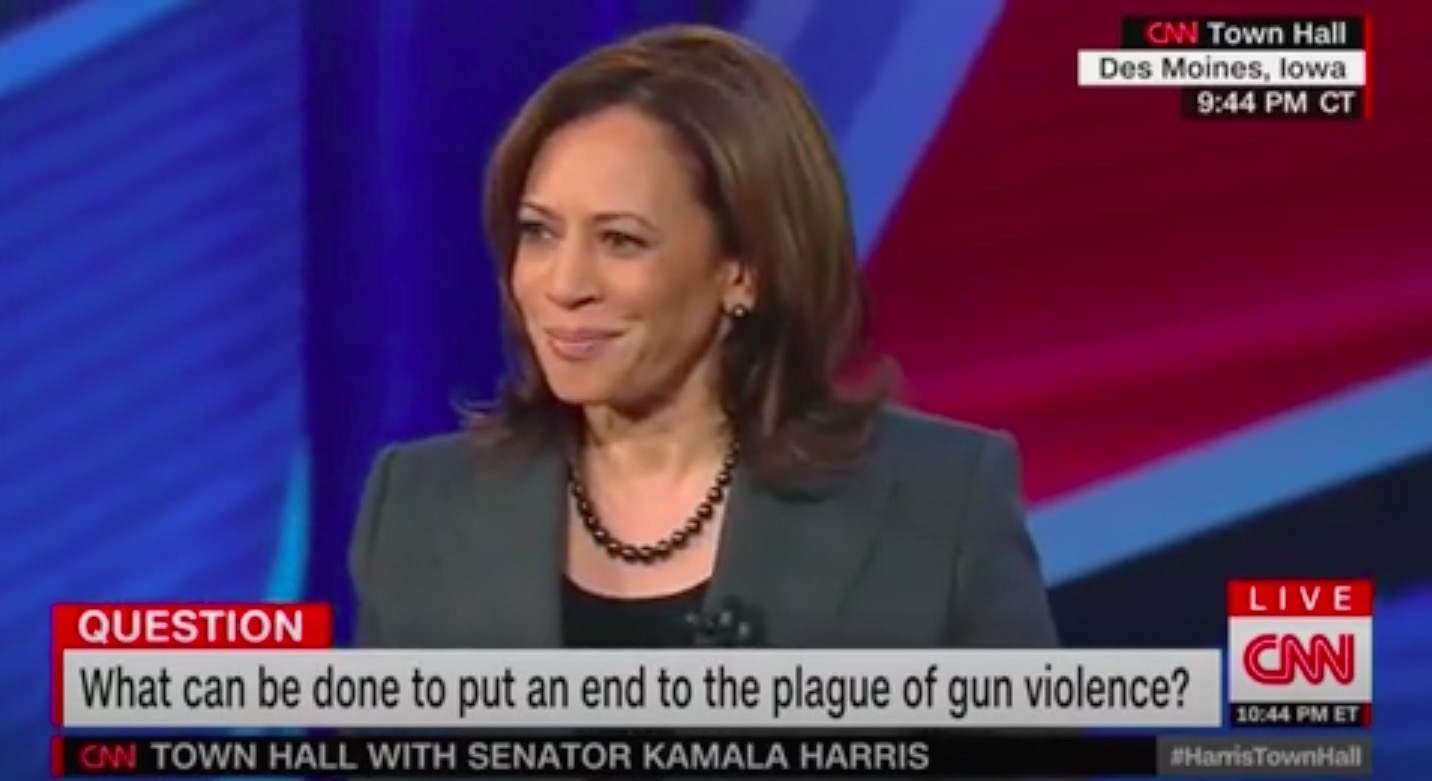 CNN says their Monday night townhall event with Sen. Kamala Harris (D-CA), and now 2020 presidential candidate, was the most watched cable news program for a single candidate for CNN.

During her townhall, Harris said she would support the Green New Deal, wants to get rid of private insurance to have Medicare-for-All, and ban “assault weapons.”

Harris also said she would have members of Congress be locked in a room to look at the autopsy photographs of the Sandy Hook victims in order for them to act on guns.

Correction: This post has been updated to clarify it is the most-watched for CNN. A 2016 Fox News Trump townhall with Sean Hannity was watched by 2.7 million viewers.