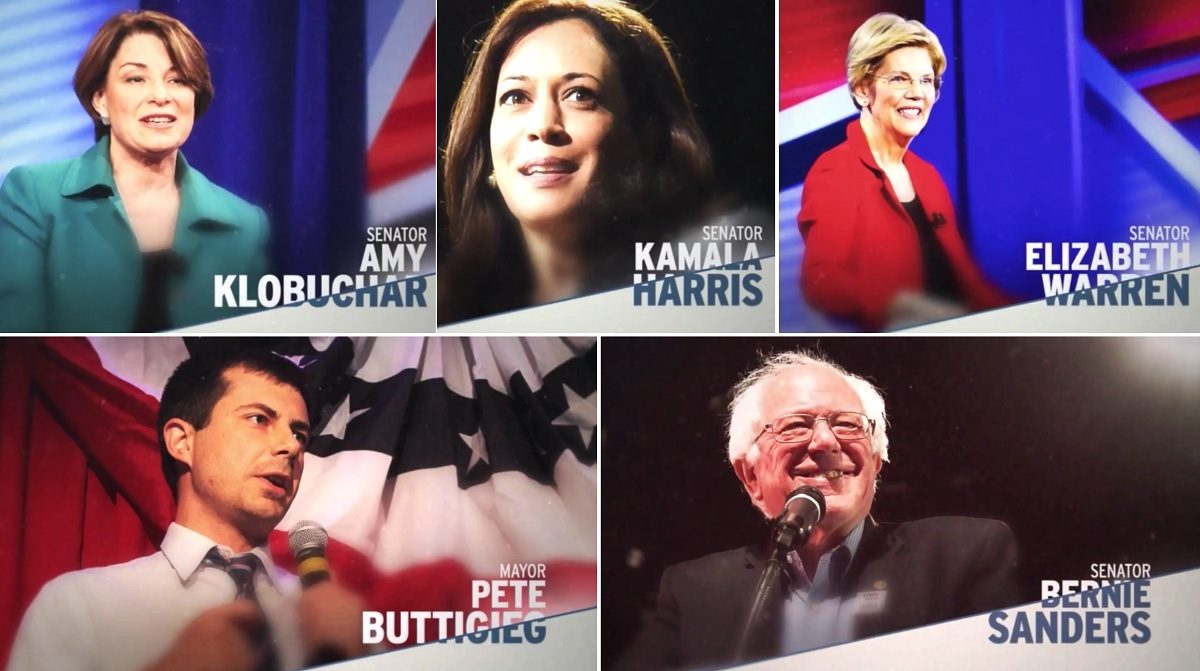 The biggest winners from CNN’s five hours of Democratic presidential town halls were Massachusetts Senator Elizabeth Warren, who delivered the most consistently substantive and engaging performance, and the Boston Marathon bomber, whose right to vote has now somehow become a boilerplate issue in the race.

The night began with Klobuchar, whose overall performance was a lot like her answer on impeachment: sensible, well-stated, but not attention-getting. But Klobuchar’s lane, as a tough center-left pragmatist, will be much better suited to the debate stage. In this format, her best weapons remained in the holster.

I believe the same is true of Harris and New York Senator Kirsten Gillibrand, all three of whom will have a much better opportunity to display their razor-sharp prowess on a debate stage, especially with such ripe targets as Seth Moulton and Other Seth Moulton, as well as the other Seth Moultons to come.

But the town hall format was a gift to Warren, who opened with a barn-burner of an answer on impeachment, and spent the rest of her hour combining her focus on detailed policies with a winning storytelling style.

One of Warren’s better overlooked moments was an answer she gave to an “aspiring police officer” named Jackson Dwyer, who said, “You have often been a vocal critic of police and the criminal justice system, both the state and the federal levels,” and asked “how can you assure me that you will support legislation that keeps law enforcement safe?”

Warren went into a lengthy and familiar deconstruction of the criminal justice system, and suggested policies to remedy it. But then, she returned to the loaded premise, that somehow, Democratic values are incompatible with police officer safety, and turned it on its head.

“You talk about safety for our police officers and you are right,” Warren said. “This is a very serious issue. One of the main ways that we could help make our police safer is to get serious about gun safety in this country.”

“You mentioned Sergeant Gannon’s tragic death in Massachusetts,” she continued. “I wrote an op-ed with his parents about asking for our leaders across this country to step up and pass some sensible gun safety laws.”

Warren listed policies like universal background checks and an assault weapons ban “to take weapons of war off our city streets,” and concluded by saying “We need as a country to step up, to be more responsible, to be willing to push back against the NRA and to put some sensible gun safety laws in place.”

There were missteps that I’ll get into separately, but they were continuations of issues that are already baked in for Warren. Overall, her performance was the best of the night, and provided the best showcase of any of the candidates.

Next came Bernie Sanders, who didn’t move the needle much in either direction, but did provide the night’s other big winner. Sanders was asked two different versions of that infamous 1988 Kitty Dukakis question, first by a young woman who asked “Do you think that those convicted of sexual assault should have the opportunity to vote for politicians that could have a direct impact on women’s rights?”

Sanders answered clearly and directly — avoiding the detachment that sank Dukakis on this answer — and stood by the principle that voting is a right “even for terrible people, because once you start chipping away” at that right, “you’re running down a slippery slope.”

Then, moderator Chris Cuomo twisted the knife by asking if his position is that “the Boston Marathon bomber should vote, not after he pays his debt to society, but while he’s in jail.”

Sanders took a swipe at the premise of the question, and answered, “This is a democracy, we’ve got to expand that democracy, and I believe every single person does have the right to vote.”

That answer didn’t hurt Sanders, and may have even appealed to voters who appreciated the authenticity and consistency of his answer, but it was a substantively terrible answer that relied on a logical fallacy that would, by extension, give prisoners the right to carry firearms, among other things. A constitutional voting rights amendment and a due process law would have been a much more reasonable answer.

But it did have the effect of mainstreaming a premise that nearly got Martha MacCallum booed off the stage at Sanders’ Fox News town hall. While Warren and Klobuchar were spared, the Boston Marathon bomber became part of the rotation for the rest of the night.

It also provided Kamala Harris, who was next on the docket, with her weakest moment. When asked by moderator Anderson Cooper about Sanders’ answer, Harris seemed unprepared, and initially dodged the bomber aspect by speaking about restoring voting rights to felons who have served their time. But on follow-up, she was left to reply, “I think we should have that conversation.”

Harris had a particularly strong moment early on, though, when she cannily made news by laying out essentially the same position on impeachment that Klobuchar had given, but adding that “I believe Congress should take the steps towards impeachment.”

Next up was Mayor Pete, who correctly noted that the Boston Marathon bomber should not be allowed to vote from prison, because there are lots of rights under the U.S. Constitution that can be limited or taken away for those who are serving prison time.

But he also delivered yet another terrible answer about the lack of policy positions on his website, once again attacking the very notion of providing such substantive details. The exchange led to an unfortunate laugh line from Cooper, who noted that “it’s hard to compare where you stand to, let’s say Elizabeth Warren, who’s out here, even from your website… It’s not — I mean you can’t compare policy positions.”

By the end of the night, Buttigieg had added a video search feature to the website, but not a policy tab, and his dismissive answer looked even more terrible following appearances by four other candidates who outclassed him on policy.

Klobuchar and Harris will have a better opportunity to shine at the debates, but the takeaways from this night are that Warren belongs at the front of the pack, and that Democrats will continue to be asked questions about the rights of the Boston Marathon bomber, and who-knows-what other ridiculous premise the media cooks up.