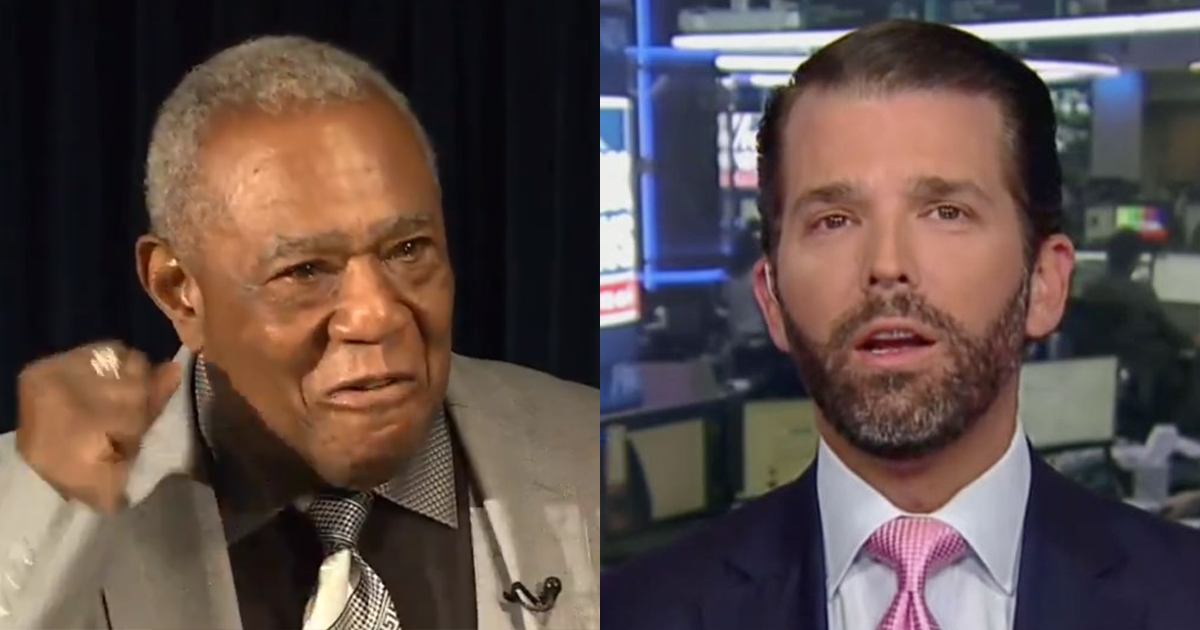 An Alabama Democrat came under fire this week over his remarks about abortion, which went viral on Twitter. Among the many to respond, Donald Trump Jr. tweeted about the comments. That reply prompted a second round of comments from the Democrat, State Rep. John Rogers, which then also went viral.

Democrat and U.S. Senator from Alabama Doug Jones, too, was pulled into the backlash; he is apparently Rogers’ attorney and friend. The NRSC called him out and tagged him in a tweet on Thursday evening.

The storm started with Rogers remarks on the State House floor while filibustering a pro-life bill.

He also offered disabilities as grounds for abortion, a foreshadowing of his later comment about Trump, Jr.

“Some parents can’t handle a child with problems,” he said. “It could be retarded. It might have no arms and no legs.”

This is stomach curling and makes Ralph Northam look like a moderate on abortion.

Every Democrat running for President needs to be asked where they stand on this. The extreme turn we’ve seen from Dems on abortion recently is truly sickening. https://t.co/KchZfqvQMK

So it was that response that Rogers was asked about later in the day by Birmingham, AL NBC affiliate WVTM (in a moment flagged by Saavedra).

“That’s an honor,” he said of Trump Jr.’s condemnation. “Right on.”

Rogers said of Trump Jr. that they “should have aborted him,” because “he’s evidently retarded. Or crazy.”

“That’s the best defense I’ve got for abortion, right there, looking at him” he said.

Sen. Doug Jones told the Washington Examiner on Thursday that he was “appalled” by Rogers’ comments. “I thought it was outrageous. I was absolutely appalled … I have known Representative Rogers for a long, long time. I think he owes an apology to the people of the state.”

Donald Trump Jr. spokesman Andy Surabian responded as well. “Sadly, vile comments like this have become par for the course for the Democrat Party,” he said. “They’ve become so deranged by President Trump’s victory that celebrating late-term abortion, support for eugenics and even calling for the death of political opponents is becoming their standard operating procedure.”