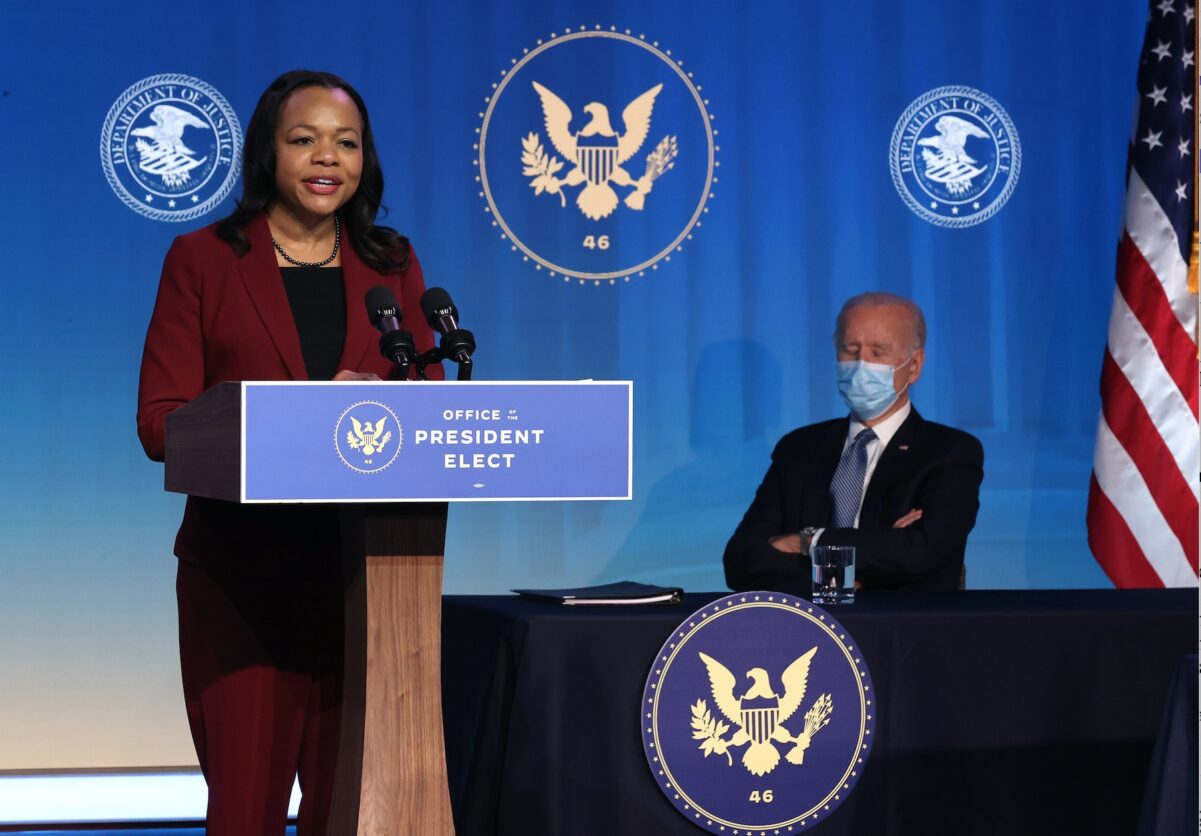 Wikipedia editors on Tuesday locked the page for President-elect Joe Biden’s pick to lead the Justice Department’s Civil Rights Division after users attempted to add reference to a 1994 letter she authored suggesting Black people had “superior physical and mental abilities.”

The letter, authored by Kristen Clarke — then an undergraduate student Harvard — was highlighted on Monday by Fox News host Tucker Carlson.

“Please use the following theories and observations to assist you in your search for truth regarding the genetic differences between Blacks and whites,” Clarke wrote in the letter. Clarke said the differences included that “Black infants sit, crawl and walk sooner than whites,” and that melanin gave “Blacks their superior physical and mental abilities.

“Some scientists have revealed that most whites are unable to produce melanin because their pineal glands are often calcified or non-functioning,” she added. “Pineal calcification rates with Africans are five to 15 percent, Asians 15 to 25 percent and Europeans 60 to 80 percent. This is the chemical basis for the cultural differences between Blacks and whites.”

She reiterated her point in closing — and added a spiritual component, writing, “Melanin endows Blacks with greater mental, physical and spiritual abilities — something which cannot be measured based on Eurocentric standards.”

Wikipedia editors locked Clarke’s page on Tuesday, just a day after Carlson aired a segment talking about Clarke’s letter, after users made several failed attempts to insert references to it on the page.

The page, which was created in July — and relatively young by Wikipedia’s standards — notes that Clarke graduated from Harvard before obtaining her law degree from Columbia Law School in 2000. She led New York’s Civil Rights division under former Attorney General Eric Schneiderman, who was a rising Democratic star in the state before accusations of sexual abuse and harassment from numerous women forced him to step down in 2018.