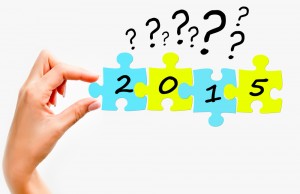 If it’s January 1, it must be time for the Rose Bowl, Winter Classic, rehydration for the over served and one of those somewhat-baseless-yet-somehow-(hopefully)-compelling prediction columns. Your friendly comments are always embraced and welcomed below, and for this piece in particular, it would be interesting to not only read your pooh-poohing the following prognostications, but to share a few of your own as well. Deal?

At least 10 cable news personalities are forced to apologize for something they tweet… by March.

Phil Griffin is removed as president of MSNBC.

The Golden State Warriors win their first NBA championship since 1975.

Al Sharpton‘s $4.5 million debt to the IRS somehow increases despite phantom payment plan the Rev says he’s on. In a related story, activist/host/merger-approver-in-chief breaks Amtrak frequent miles record with 50th trip to the White House as unofficial Senior Adviser to the President.

Barring an economic collapse, President Obama’s approval rating will rise to at least 50 percent as 2016 speculation (and tired “GOP-infighting” meme) dominates political news cycle in latter half of the year.

S.E. Cupp returns from maternity leave, continues to be underutilized by CNN.