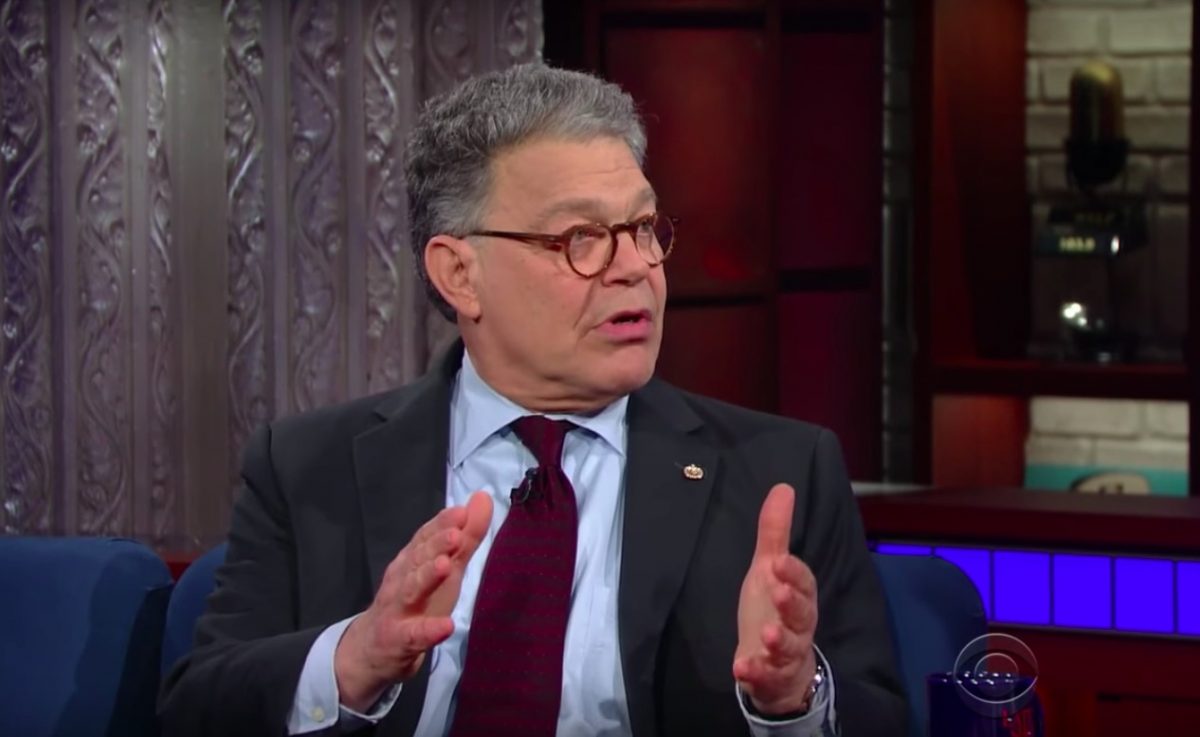 Upon learning that Manafort had been found guilty on eight counts, former senator Franken posited that President Trump will not pardon him because “he doesn’t have to.”

“Manafort knows that if he talks, the Russians will seek retribution,” Franken explained. “Trump knows this too, [my wife] Franni believes. Perhaps, even, he and Putin discussed this in Helsinki.”

Showing off his comedic chops, Franken went on to pose a satirical exchange between Trump and Russian President Vladimir Putin. In it, Putin threatens Trump and Manafort with death via nerve agent if either should talk about any dealings with the Russian government.

“Okay, I don’t know if that actually happened. Maybe they just talked about adoptions,” he quipped. “The point is, under Franni’s theory, Trump doesn’t have to pardon Manafort to keep him quiet. So, he won’t.”

If this is so, Franken continued, “we may be about to see just how deep the rot inside this man goes.”

“If, down the road, Trump starts pardoning every other player in this collusion scandal who didn’t cop a plea, but not Paul Manafort, it will say something so deeply disturbing about Donald Trump,” he said.