Alexandria Ocasio-Cortez Denounces Anti-Semitic Campaign Volunteer: ‘No Idea Who This Guy Is’ 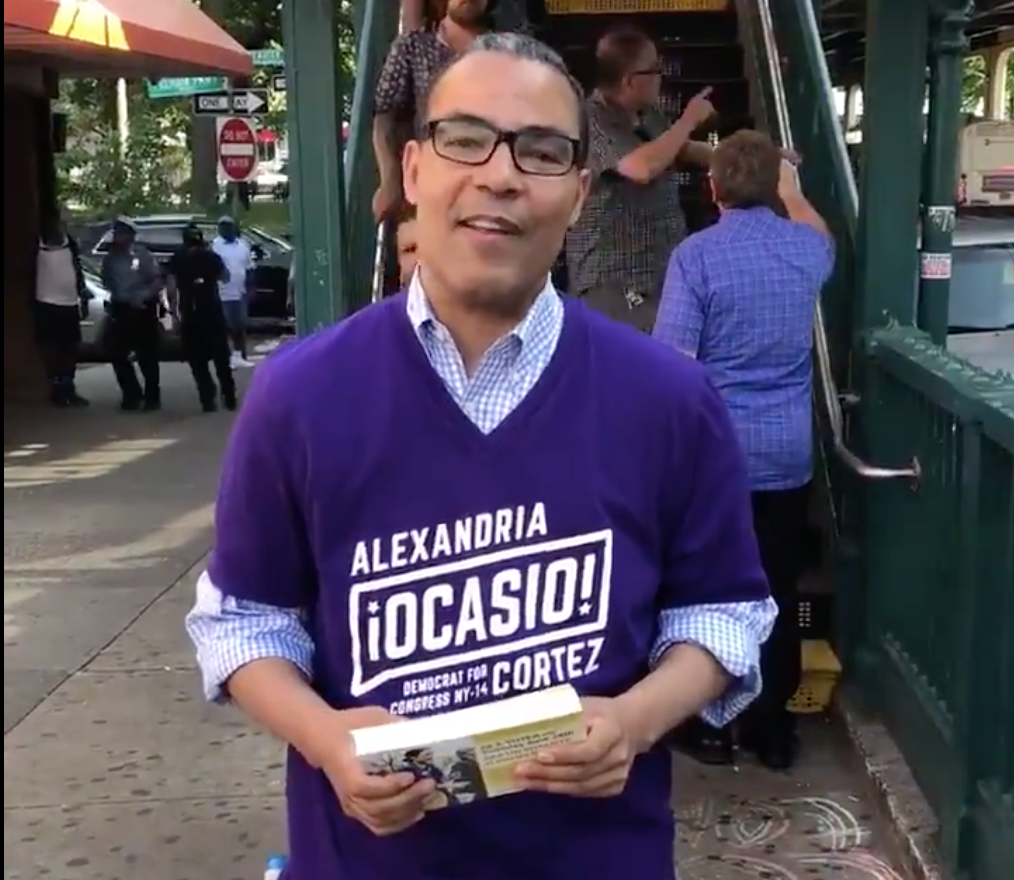 Alexandria Ocasio-Cortez is now speaking out against the campaign volunteer who has gotten attention for his anti-Semitic platform.

Thomas Lopez-Pierre, who was documented at the celebration of Cortez’s surprise victory over top House Democrat Joe Crowley in the New York District 14 primary, had previously ran for New York City Councilman in 2017 with a platform against “Greedy Jewish Landlords” who he claims have committed an “economic holocaust” on Black and Hispanic communities.

Now, Ocasio-Cortez has taken to Twitter to denounce the volunteer, responding to a tweet made by NYC Councilman Mark Levine, who had beaten Lopez-Pierre last year and had given the congressional candidate the benefit of the doubt.

Thank you for this opportunity and your graciousness here. No idea who this guy is, hundreds of folks walked into the hall open to the public last night. I absolutely denounce any such bigoted and reprehensible statements.

“No idea who this guy is, hundreds of folks walked into the hall open to the public last night,” Ocasio-Cortez tweeted. “I absolutely denounce any such bigoted and reprehensible statements.”

Lopez-Pierre was first flagged by Twitter user Leo Greenberg, who recognized the volunteer as he stood behind Ocasio-Cortez while giving an interview to a local New York reporter. His entire website is dedicated to his activism against “Greedy Jewish Landlords” and had planned to use the money raised by his campaign to “help educate the Jewish people” about the “the several decades long economic holocaust inflicted upon the Black and Hispanic community” by these landlords.