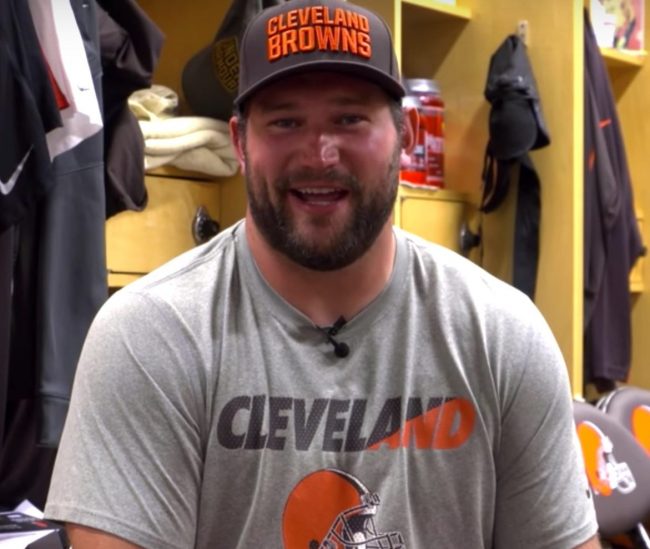 As free agent quarterback Colin Kaepernick remains on the market while statistically inferior players sign new contracts, one of the league’s best offensive lineman took to Twitter to explain why he feels Kaepernick is having trouble finding a new home.

Cleveland Browns offensive tackle Joe Thomas, who has been a first-team All-Pro selection seven times in his career, stated his belief that NFL executives are staying away from Kaepernick due to a combination of loss of talent and a belief that Kaepernick would be a distraction to his new team.

My thoughts re: @Kaepernick7? Teams don’t currently view him as a starting QB, and NFL teams accept ZERO distractions from their backup QBs.

Great point! It’ll be interesting to see if the NFL has changed at all from that standpoint, or if they are more averse to distractions now https://t.co/QaFNg9XWZY

What’s your definition of a “distraction” as it relates to an NFL player?

I think mine would be; anytime a player does something that forces his teammates to answer questions from media unrelated to football.

Last comment on this topic, I think “distractions” are one of the more highly overrated intangible things in football. Like “camaraderie”.

Kaepernick led his team to a 1-10 record in 11 games started last season for San Francisco, but did throw 16 touchdowns and just four interceptions, the seventh-highest TD-to-INT ratio in the NFL in 2016. Quaterbacks Josh McCown (New York Jets), Mark Sanchez (Chicago Bears), and Brian Hoyer (49ers) are among those who have signed with new teams this offseason as Kaepernick remains on the market. The statistics of all three of those quarterbacks pale dramatically to Kaepernick’s.