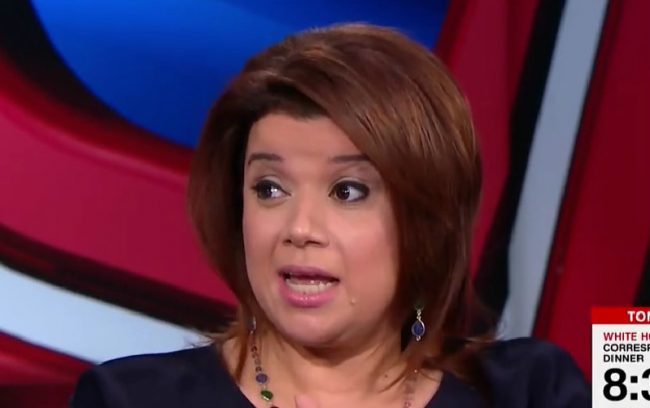 On Thursday CNN Republican Ana Navarro speculated on Twitter that she was in the midst of a “psychedelic dream.”

While we aren’t sure what psychedelics she might be on, Navarro said the reason for her altered state was that she found herself in agreement with Trump’s position on DACA issued on Twitter this morning.

“Oh.My. God. I wholeheartedly agree with a Trump tweet,” she wrote. “I must still be asleep and in the middle of some weird, psychedelic dream.”

I must still be asleep and in the middle of some weird, psychedelic dream. https://t.co/YUvUal8rdW

Navarro was reacting to a two-part twitter message by Trump in which he reiterated his support for DACA and keeping the roughly 800,000 DREAMers currently protected under the program in the country.

Does anybody really want to throw out good, educated and accomplished young people who have jobs, some serving in the military? Really!…..

…They have been in our country for many years through no fault of their own – brought in by parents at young age. Plus BIG border security

Needless to say, the comments were indeed out of character for Navarro, who, despite being a Republican, has made quite a name for herself on CNN with breathless commentary over every new Trump outrage.

Trump was moved to issue these tweets as part of a broader damage control effort after he allegedly made a DACA deal with Democrats that did NOT include funding for the wall. The news which the Associated Press broke last night, promptly sent the MAGAsphere into a tailspin.