And Now, Romney Weighs In With A Newt/Virginia Analogy: ‘Lucille Ball At The Chocolate Factory’

And Now, Romney Weighs In With A Newt/Virginia Analogy: ‘Lucille Ball At The Chocolate Factory’ 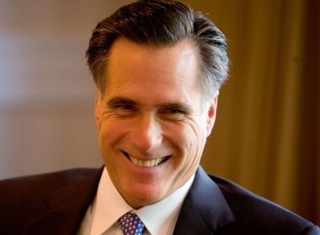 It appears that Newt Gingrich has created a monster. Comparing his own inability to get himself on the Republican primary ballot in Virginia to Pearl Harbor has opened the floodgates for a vast array of over-the-top comparisons, from Charles Krauthammer‘s reference to the Battle of Hastings to Ari Melber harkening Oklahoma City. So we understand how Mitt Romney couldn’t resist comparing this disaster to something, albeit a much more comical, tame scenario.

Politico caught up with Romney today on the campaign trail and asked about the fundamentally historic analogy Romney’s team birthed this weekend, and Romney had some good humor about it. Romney, at a campaign event in New Hampshire, made two quips about the Gingrich affair (the ballot one, get your head out of the gutter). One was a simple “I’m on the ballot in Virginia,” as if that were the new bar Republican candidates must now meet. The second was slightly more creative:

Then asked by a reporter about the former speaker’s inability to garner the signatures needed by the commonwealth, Romney went at Gingrich harder.

“I think he compared that to.. Pearl Harbor,” Romney said. “I think its more like Lucille Ball at the chocolate factory. So, I mean, you know, you gotta get it organized.”

This is probably the most intentionally funny thing Romney has said on the campaign trail, and sets a pretty good precedent: compare any and all Gingrich gaffes to I Love Lucy episodes. “Right-wing social engineering?” Just like Lucy making a u-turn in the Holland Tunnel. Child janitors? Vitameatavegamin. For the sake of the comedy in a now Herman Cain-less campaign, we hope Romney keeps this up.