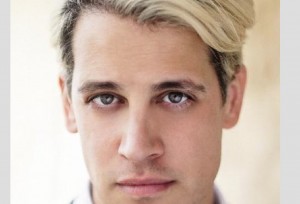 That’s according to a petition being circulated at DePaul University. From TheBlaze:

Yiannopoulos’ no-holds-barred takedowns of left-wing ideals such as feminism, safe spaces and trigger warnings have been criticized as everything from “white supremacy” to hateful rhetoric, but an online petition calling for the cancellation of his scheduled May 24 appearance at DePaul University ups the ante a bit.

It contends, among other things, that Yiannopoulos’ commentary “kills“:

As a Vincentian institution, DePaul University is responsible for standing against systemic injustices in all forms. Students from communities of all races, sexual and gender identities, and religious affiliations deserve to be able to co-exist on campus without the presence of the virulent hatred Yiannopoulos promotes. The systemic oppression of these communities is not a form of “intellectual thought”, nor is it just “someone’s opinion.” It is not a tool for an entertainer to use and classify as “pop culture” or “sensationalism” to turn a profit.

It is real, it hurts people, and it kills. Yiannopoulos profits off of the oppression of others.

Not that the petition doesn’t point to other issues, noting that “Yiannopoulos continuously speaks out in ways that are racist, sexist, homophobic, transphobic, anti-feminist, and Islamaphobic.” It also says that letting him speak is tantamount to “allowing the rhetoric of hate speech and perpetuating systemic persecutions against people of color, women, Muslims, queer, trans, and gender nonconforming individuals, and other communities on campus.”

People, it’s a speech, not the buffet at Golden Corral at closing time. It’s not going to hurt you, and if you’re really committed to opposing viewpoints like those Yiannopoulos expresses, how do you ever expect to get good at that if you never hear them? This movement to suppress speech says as much about the confidence these students have in their own ideas as it does about the terror they feel for the ideas of others. The real world doesn’t come with trigger warnings and safe spaces, and as long as these special snowflakes keep making fools of themselves like this, lord willing it never will.