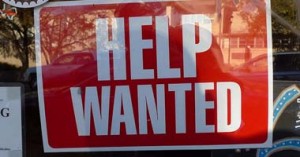 The White House released a statement on April’s jobs report, which shows that the economy created 115,000 jobs in April, significantly less than the 165,000 that were estimated by economists, but which also showed the unemployment rate falling to 8.1% from 8.2%, and an upward revision of 35,000 to March’s jobs report. While the administration is putting the best possible face on these numbers, they failed to highlight the 12,000 public sector jobs lost, the continuing result of Republican spending cuts that have purged over 600,000 jobs. Those losses have a multiplier effect beyond their contribution to the unemployment rate, as those missing paychecks depress demand, contributing to further job losses across the board.

Politically, the April jobs report is not good short-term news for President Obama, whose opponent Mitt Romney is already jumping all over it.  The failure to meet expectations (which were already less-than-robust) will probably not help with the markets, and will also certainly depress the chatter in the news cycle for some time. The good news is that the unemployment rate, which is what the less-engaged voters who decide elections pay attention to, has gotten closer to falling below 8%. President Obama’s reelection prospects will see a huge psychological lift when voters can once again look at an unemployment figure with a “7” in it.

Here is the White House’s Statement on the Employment Situation in April in full:(via email from The White House)

The Employment Situation in April

Today’s employment report provides further evidence that the economy is continuing to heal from the worst economic downturn since the Great Depression, but much more remains to be done to repair the damage caused by the financial crisis and the deep recession. It is critical that we continue the economic policies that are helping us dig our way out of the deep hole that was caused by the severe recession that began at the end of 2007. President Obama has said that prosperity in America has always come from a strong and growing middle class. He has made clear that getting back to where we were is not enough. We need to do more, which is why the President has laid out his blueprint for an American economy that is built to last and will continue to urge Congress to act to do more to grow the economy and create jobs.

Private employer payrolls increased by 130,000 jobs in April, and overall non-farm payroll employment rose by 115,000. The unemployment rate dipped from 8.2% in March to 8.1% in April, according to the household survey. Though labor force participation fell over the month according to the household survey, since August the unemployment rate has fallen by 1.0 percentage point, from 9.1% to 8.1%, and nearly three-quarters of that drop is attributable to increased employment.

Despite adverse shocks that have created headwinds for economic growth the economy has added private sector jobs for 26 straight months, for a total of 4.25 million payroll jobs over that period. With upward revisions of 65,000 jobs to the past two months’ employment reports, in the first quarter of 2012 private employment expanded by 697,000 jobs, the largest quarterly increase since the first quarter of 2006. So far this year, 827,000 private sector jobs have been added, on net.

Manufacturing continues to be a bright spot and added 16,000 jobs in April. After losing millions of good manufacturing jobs in the years before and during the recession, the economy has added 489,000 manufacturing jobs since January 2010. To continue the revival in manufacturing jobs and output, the President has proposed tax incentives for manufacturers, enhanced training for the workforce, and measures to create manufacturing hubs and encourage the growing trend of insourcing.

As the Administration stresses every month, the monthly employment and unemployment figures can be volatile, and employment estimates can be subject to substantial revision. Therefore, it is important not to read too much into any one monthly report and it is helpful to consider each report in the context of other data that are becoming available.