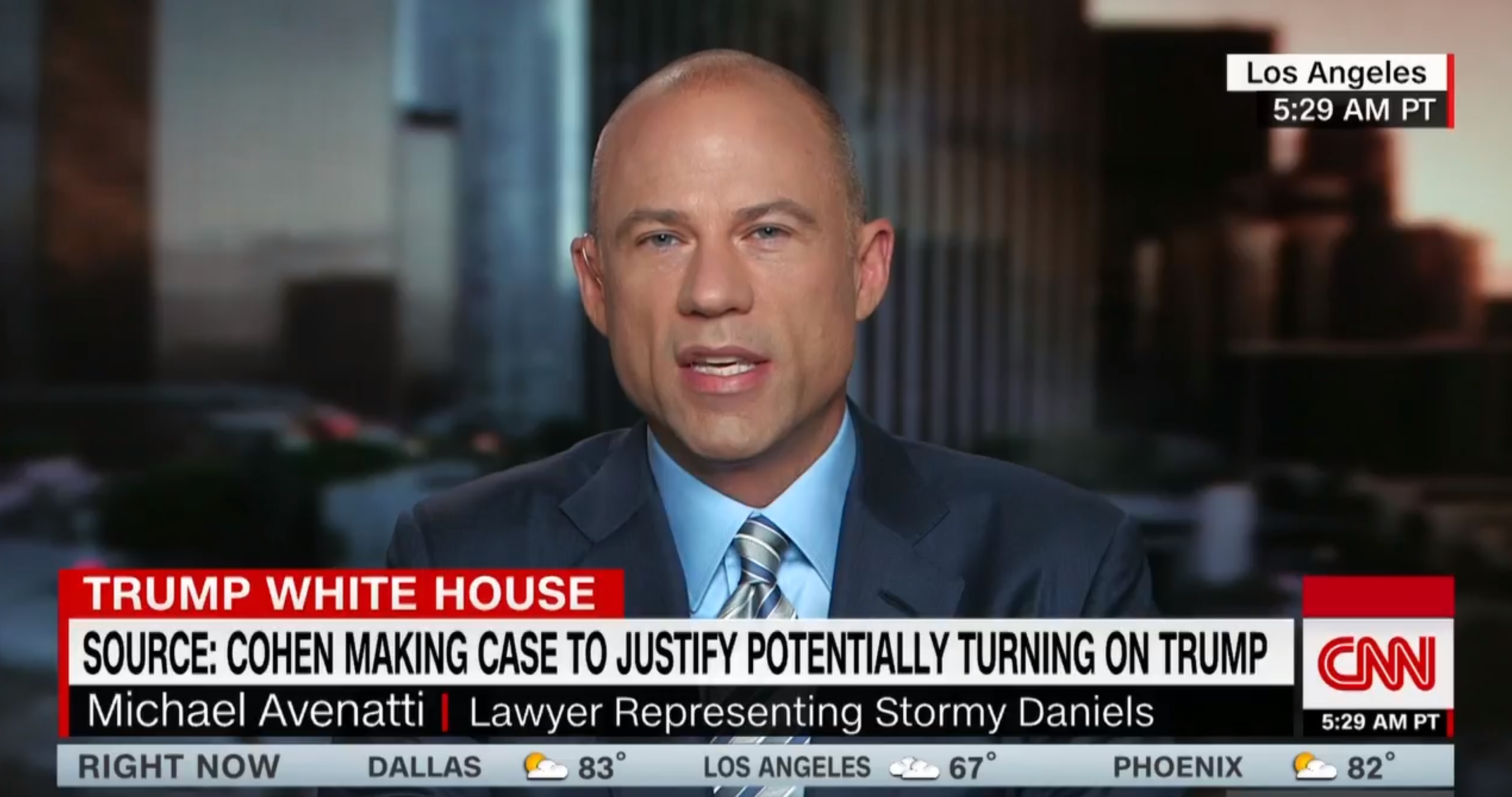 Michael Avenatti predicts Michael Cohen will turn on longtime client President Donald Trump in order to save his own skin following a Good Morning America interview in which he pledged his loyalties to his family over his old boss.

“Mr. Cohen will eventually flip but not for ‘love of country,'” Avenatti tweeted Tuesday. “He will do it to only when he has to – in order to save himself.” Avenatti added that the TV appearance was a mere publicity stunt.

Mr. Cohen will eventually flip but not for “love of country.” He will do it to only when he has to – in order to save himself. The @GMA “interview” was a weak publicity stunt meant to try and rehabilitate his image. #Basta https://t.co/thzwnjcEtF

However, Avenatti previously suggested Cohen’s  allegiances still lie with the president, also airing his criticisms of the GMA interview earlier on CNN, calling it “a big nothingburger.”

Michael Avenatti calls Michael Cohen’s ABC interview “a big nothingburger”: “There’s nothing to indicate that Michael Cohen is anything but loyal to this President” https://t.co/N17zehhy2S https://t.co/ILzjMWCUfw