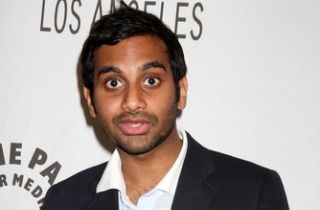 Aziz Ansari claims he was snubbed by President Barack Obama in favor of golf.

When the comedian’s tour rolled through Washington, D.C., late last month, the White House allegedly invited Ansari to take a tour of the executive mansion and briefly meet with the president. As Ansari told Howard Stern this week, President Obama is supposedly a big fan and was going to make time between meetings to meet with him.

“So I go and, you know, dress up in my suit and stuff,” Ansari recalled. “And the guy showing us around –- nicest guy –- is like, ‘Look, we are going to try to get you in to see the president. He has got a lot of meetings today. Like, he’s got a lot of national security stuff. But, you know, we are going to try to do it.’ I’m like, ‘Alright, great. Totally fine.’ So we are like walking around. We are just trying to stay there for a long time to increase our odds.”

After waiting a while, Ansari recounted, “I, like, hear another Secret Service guy, like, walk by and was like, ‘Alright, let’s do it. POTUS wants to play golf.’ And I was like, ‘What? He’s going to go play golf? I thought he was a big fan. He wanted to say hi to me?’”

The comedian concluded: “So I got dissed by Obama.”

Watch below, starting around 39:30 into video: