Bannon Will Also No Longer Host on SiriusXM After Breitbart Departure 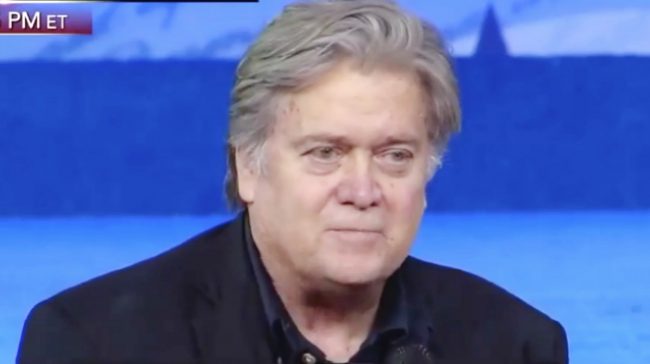 Because Steve Bannon is leaving Breitbart, he will also no longer be hosting on Breitbart’s SiriusXM program.

SiriusXM confirmed the news in a statement earlier tonight:

Breitbart News has decided to end its relationship with Stephen K. Bannon, therefore he will no longer host on SiriusXM since our programming agreement is with Breitbart News.

Bannon hosting on SiriusXM became a minor controversy last month after an announcement that Bannon was returning as a host on the Patriot channel. Seth Rogen tweeted he was canceling his SiriusXM press tour because “I can’t bring myself to appear on the same service that has decided to support Steve Bannon.”

Josh Feldman is a Senior Editor at Mediaite. Email him here: [email protected]e.com Follow him on Twitter: @feldmaniac