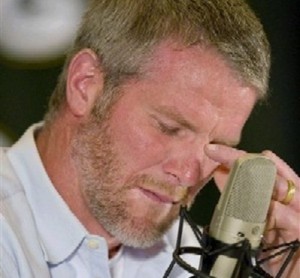 Former Bush speechwriter David Frum is catching hell from the likes of Keith Olbermann and Think Progress for posting an opinion piece in which the writer discusses the status of Rep. Gabrielle Giffords‘ (D-AZ) House seat with all the sensitivity of a Vulcan DMV clerk. The criticism of Frum carries with it the strong implication that the writer, John S. Wilson, is a conservative. Wilson, however, says he’s a Democrat, and his piece was also carried by The Huffington Post. If Frum is a villain for abetting a ghoul, so is Arianna Huffington.

The broad premise of Wilson’s piece is perfectly legitimate. Every nook and cranny of the Tucson shooting story has been exhaustively mined, so merely discussing what happens to an incapacitated House member’s seat is no sin. Wilson actually links to a Washington Post article that explores that very question. Wilson’s offense is in wielding fists of ham that would make Oscar Mayer crap his pants:

Should constituents allow members to hold onto their seats like political Brett Favres with no concept of when it is time to go?

Stepping down from one’s office is nothing to be ashamed of. In actuality, the shame lies in not being honest with one’s own self about the responsibilities that voters have entrusted in one and the expectations they have. Constituents should expect that an official will either be appointed or a special election held within six months, not years. This current Congress should take this issue up immediately and in consultation with Giffords’ family and Arizona Gov. Jan Brewer come to an appropriate remedy.

After all, Rep. Giffords is not the only person suffering in Arizona. On Oct. 1, 2010, Arizona stopped funding seven kinds of transplant surgery for Medicaid recipients.

Not only is it too soon to demand her resignation, it will always be too soon to compare Gabrielle Giffords’ heroic, miraculous struggle for survival with the travails of serial NFL retiree Brett Favre.

On the other hand, the attempt to paint this as conservative ghoulishness is as lazy and unfair as it is predictable. No one wants to admit that someone on their own “side” can be this big an a-hole. Keith Olbermann probably got the idea that “Right-wing blogs demand Giffords’ resignation” by reading the Think Progress piece, Their implication that Wilson is a conservative is supported by a link to a piece Wilson wrote for HipHopRepublican.com which, if they had bothered to read, would have made apparent that he’s no conservative. The piece is a vigorous defense of Barack Obama‘s handling of health care reform, immigration, and the BP crisis.

There is legitimate grounds on which to criticize Frum. His forum is a mix of news and commentary, so he could have, and should have, provided some analysis of Wilson’s column. His failure to do so can fairly be read, then, as a promotion of Wilson’s views, if not an endorsement of them. But that doesn’t make this a “right-wing blog” issue. It makes it a “questionable judgement” issue.