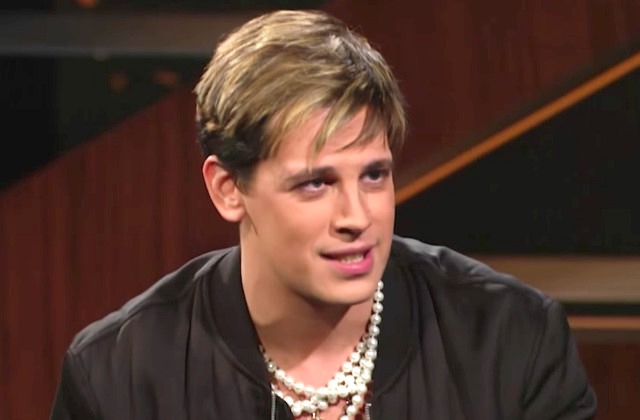 After days of speculation, it is official: Milo Yiannopoulos is out at Breitbart, with news of his resignation reaching social media just minutes ago via Michael Grynbaum of The New York Times.

In a statement published minutes ago, Yiannopoulos said, “Breitbart News has stood by me when others caved,” continuing, “I would be wrong to allow my poor choice of words to detract from my colleagues’ important reporting, so today I am resigning from Breitbart, effective immediately.”  After Yiannopoulos was slated to speak at the Conservative Political Action Conference (CPAC), a video of him discussing pedophilia made the rounds on Twitter and earned pretty widespread condemnation.

Yiannopoulos responded to the outcry insisting that he has an “utter disgust [for] adults who sexually abuse minors” while acknowledging that “these videos, even though some of them are edited deceptively, paint a different picture.”

Hours after CPAC uninvited him on Monday, Simon & Schuster cancelled the publication of Yiannopoulos’s highly-anticipated book Dangerous; Matt Schlapp, the chair of the American Conservative Union, said Tuesday morning, “Over the weekend I was made aware of these comments and it just broke through very important boundaries and we felt like the CPAC stage was not an appropriate place for this any longer.”

Fox Business Network’s Charlie Gasparino reported Monday afternoon that Breitbart was “weighing dismissal” of the outspoken Yiannopoulos, indicating that “bolting” advertisers were a point of consideration.

“When your friends have done right by you,” the former Breitbart editor’s statement continued Tuesday, “you do right by them. For me, now, that means stepping aside so my colleagues at Breitbart can get back to the great work they do.”

Yiannopoulos is in New York City today and is expected to hold a press conference of his own at 3 p.m. EST.