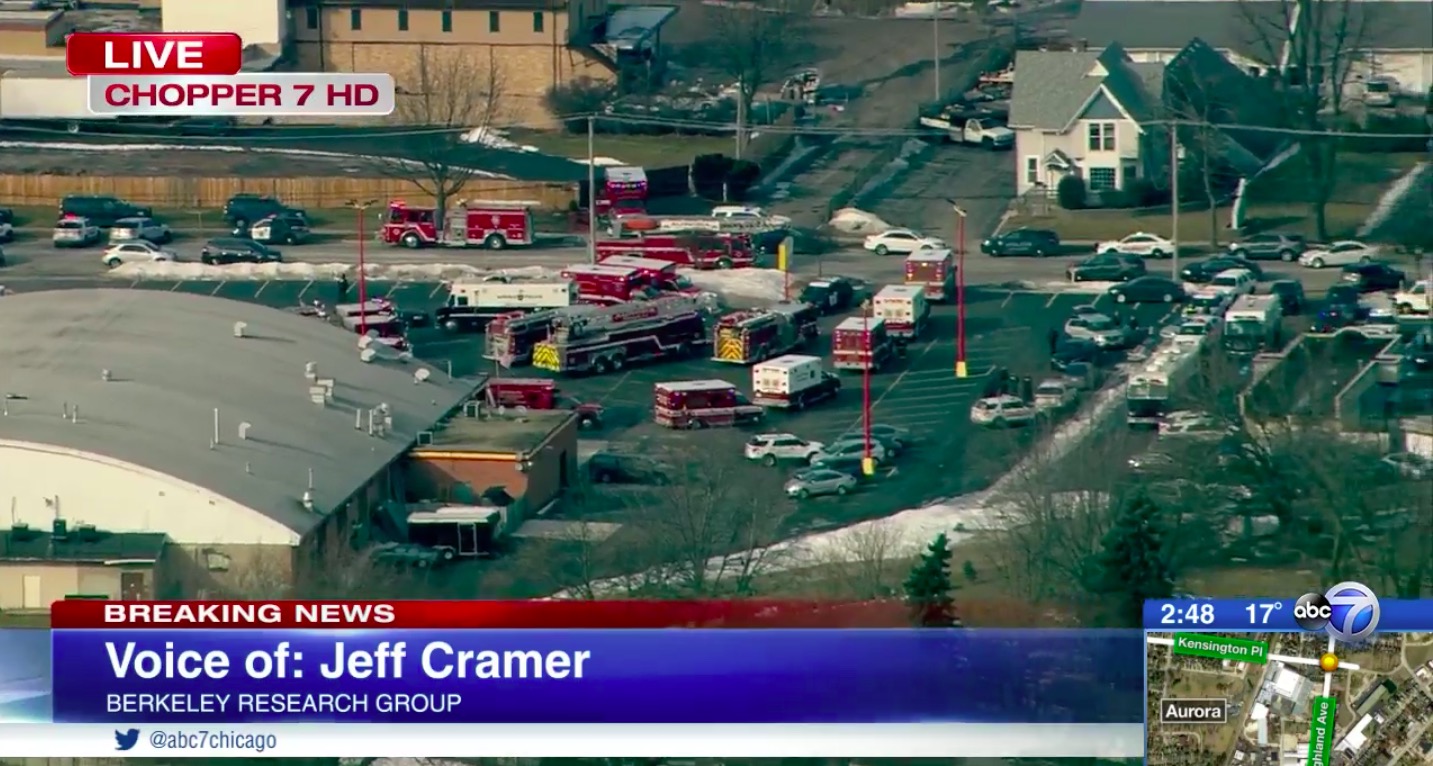 Reports and social media postings coming out of Aurora, IL state there is an active shooter situation with multiple people wounded. ABC Chicago reports the situation is taking place at the Henry Pratt Company.

ALERT: There is an active shooter near Highland and Archer. Aurora Police are on the scene. More information will be available soon.

We have an active shooter incident at 641 Archer Av. This is an active scene. Please avoid the area

Schools near by have been placed on either complete lockdown or “soft” lockdown, where students can not leave the building.

“There are reports of an active shooter at the Henry Pratt building near Cleveland and Prairie just east of Luigi’s Pizza, as a result, we are holding all district students in place for their safety, there is a police presence in the area,” an email sent to parents from School District 129 read. “Per directions from the county sheriff, the District has been advised to go into soft lockdown situation across the district. Teaching will continue with reduced movement. Normal operations will resume when the soft lockdown has been lifted. No one will be allowed to leave or enter our buildings until the lockdown has been lifted.”

This is a breaking story and we will update as more information becomes available.

UPDATE –– 4:10 pm ET: The city has now tweteted that the shooter has been apprehended.

THE SHOOTER HAS BEEN APPREHENDED! The area is still on lock down!

More information will be provided soon.

UPDATE –– 5:06 pm ET: The latest reporting says the shooter has been “neutralized” and the officers who were injured are in stable condition:

AURORA SHOOTING: City spokesperson tells @cbschicago the officers who were injured are now in stable condition.

Confirms shooter has been “neutralized” or “no longer a threat.” Would not clarify if that means shooter in custody or shot down.

UPDATE –– 5:24 pm ET: There are now reports that one person was killed.

UPDATE –– 6:48 pm ET: Authorities have now confirmed that five people were killed and five officers were injured. The gunman was killed on the scene.