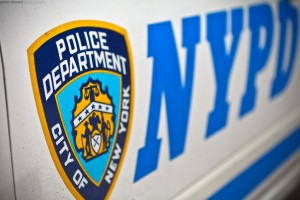 The NYPD announced just moments ago that is seeking a suspect in direction connection with the bombing in the Manhattan neighborhood of Chelsea Saturday night that injured 29 people.

NYPD Chief of Detectives Robert Boyce took to Twitter to confirm that the police department is seeking 28-Year-Old Ahmad Khan Rahami this morning:

J. Peter Donald, the Assistant Commissioner for Communication & Public Information for the NYPD, Tweeted out a photo of Rahami as well.

WANTED: Ahmad Khan Rahami, 28, in connection to the Chelsea explosion. Call #800577TIPS with any information. pic.twitter.com/rBDQGfXwbh

New Yorkers with information on Rahami are encouraged to call 800-577-TIPS.

UPDATE: 8:17 A.M. EST: NBC News is reporting that according to officials, Rahami should be “considered armed & dangerous.” The wanted poster reads, “His last known address was in Elizabeth, New Jersey,” identifying Rahami at 5’6″ and about 200 pounds with brown hair, brown eyes, and brown facial hair.

NBC News: Rahami is the man seen in surveillance video on 23rd and 27th street before bombing, sources say. Believe him to be key to NJ too.

UPDATE 1:29 p.m. EST: NBC 4 New York is reporting that Rahami was not on any known terror watch list.

Ahmad Rahami was not on terror watch lists before bombings https://t.co/wSsuzIpC0B pic.twitter.com/tkKM165xn4

This story is developing and we will update as more information becomes available.