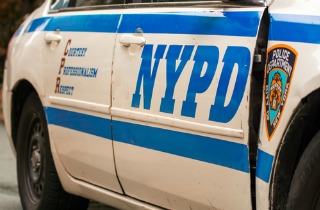 Two NYPD officers were shot in the Bronx tonight.

According to CBSNY, they were shot at the Melrose Houses development between 153rd and 156th streets.

PIX11 is reporting that the officers were taken to Lincoln Hospital and there is a huge police manhunt underway for the shooting suspect.

Reporter Ayana Harry posted these videos from the scene:

URGENT. NYPD ESU on the scene after reports of 2 police officers shot in the Bronx @PIX11News pic.twitter.com/rQQFhuABGw

UPDATE –– 10:21 pm EST: The NYPD tweeted out updates on the officers and multiple suspects:

Officers were conducting a vertical patrol in the Melrose Houses when they encountered armed suspects & were shot. pic.twitter.com/056oZHc7s7

One suspect was found dead with an apparent self inflicted gunshot wound, several suspects in custody & 2 guns recovered.

The two officers shot tonight in the Bronx are in stable condition. Please keep them both in your prayers

NYPD says officers families have not been notified yet so they are not disclosing names. One is a man and one is a woman. Both had 2 yrs.

NYPD says suspect in apartment was found dead of an apparently self-inflicted gunshot wound. A semiautomatic firearm and shotgun were found

NYPD took several others to the 40th precinct. The second individual who they confronted in the stairwell is also in custody