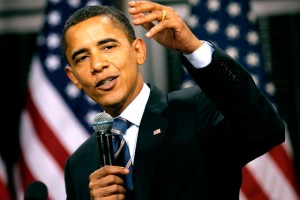 The White House has announced plans for President Barack Obama to will deliver a statement later this morning in the Brady Press briefing room surrounding the controversy of his birth certificate. The White House blog has confirmed this with a statement and releasing a PDF file of his Certificate of Live Birth (which you can see below.)

As has been reported numerous times on this site (and virtually every other U.S. news outlet) the state of Hawaii does not release the original birth certificate as policy under normal circumstances. However, reports have surfaced that the President wrote and sent a letter to his home state requesting that and exception be made because of the unusual circumstances of this “birther controversy” on April 22nd, and go a reply on April 25th that they would grant a waiver. According to the Director of Health in Hawaii “in recognition of your status as President I am making an exception to current departmental policy and releasing the full form certificate.”

The White House is saying that the document posted on its website is what Hawaiians use to get a driver’s license from the state and a document recognized by the federal government and the courts for all legal purposes. The White House also announced that the president will make comments about his birth certificate live in the briefing room at 9:45 this morning. Mediaite will have video of the press briefing the moment that the video is made available.

When any citizen born in Hawaii requests their birth certificate, they receive exactly what the President received. In fact, the document posted on the campaign website is what Hawaiians use to get a driver’s license from the state and the document recognized by the Federal Government and the courts for all legal purposes. That’s because it is the birth certificate. This is not and should not be an open question.

The President believed the distraction over his birth certificate wasn’t good for the country. It may have been good politics and good TV, but it was bad for the American people and distracting from the many challenges we face as a country. Therefore, the President directed his counsel to review the legal authority for seeking access to the long form certificate and to request on that basis that the Hawaii State Department of Health make an exception to release a copy of his long form birth certificate. They granted that exception in part because of the tremendous volume of requests they had been getting. President Barack Obama’s long form birth certificate can be seen here (PDF). Correspondence with the Hawaii State Department of Health can be seen here (PDF).

At a time of great consequence for this country – when we should be debating how we win the future, reduce our deficit, deal with high gas prices, and bring stability to the Middle East, Washington, DC, was once again distracted by a fake issue. The President’s hope is that with this step, we can move on to debating the bigger issues that matter to the American people and the future of the country.

The White House also released the following PDF file of the president’s certificate of live birth: 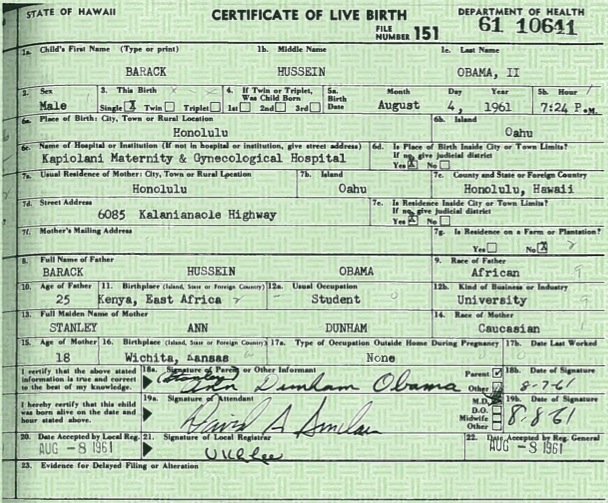 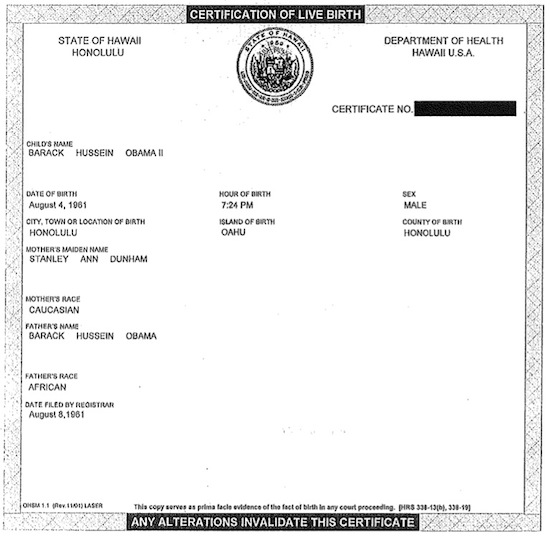