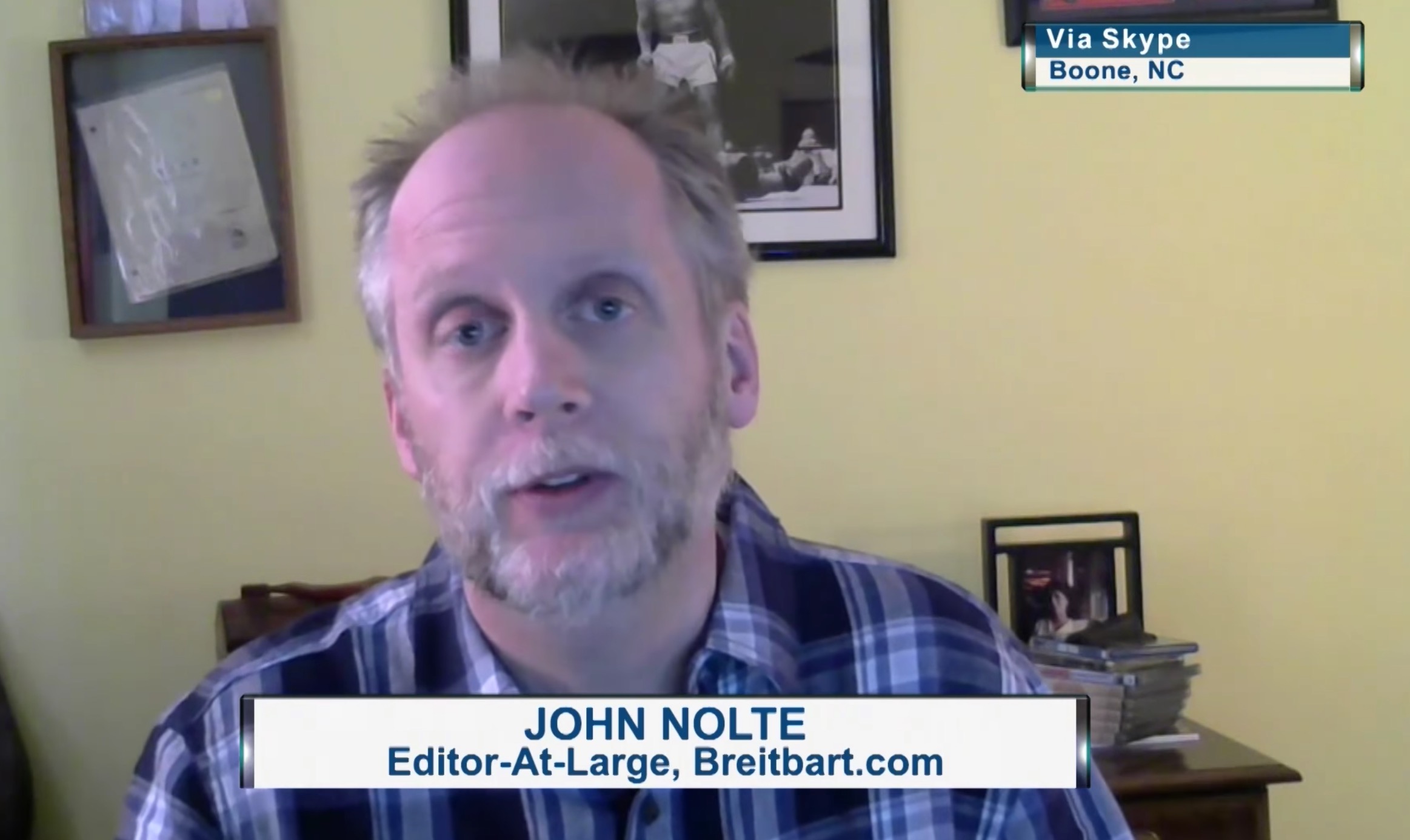 Breitbart editor John Nolte decided it wise to publish an op-ed blaming CNN’s “climate of hate” for the Michigan man who threatened to carry out a mass shooting at the network’s headquarters.

Nolte, who is perhaps best known for his intense fixation on Jake Tapper, titled his piece “Death Threats: CNN’s Climate of Hate Comes Home to Roost.”

For nearly five years, going all the way back to the Trayvon Martin uproar, Breitbart News has aggressively documented CNN’s devolution into a 24/7 hate network. This week, CNN’s climate of hate finally came home to roost when a Michigan man, provoked by CNN’s fake news crisis, allegedly made death threats against the far-left network.

Nolte continued to document – with the help of bullet-points — “CNN’s indecent and unceasing validation of political violence,” which he called “disturbing and dangerous.”

“Thus far, CNN’s ever-increasing climate of hate has only brought misery, fear, and violence to others — to CNN’s intended victims on the political right,” Nolte wrote. “Last week, however, CNN got its own taste of that misery and fear.”

It’s unclear what poor soul is filled with “misery and fear” whenever they tune in to Wolf Blitzer, but if Nolte is talking about himself here, we suggest he change the channel.

Nolte spends a few more paragraphs seeking to justify why 19-year-old Brandon Griesemer made 22 calls to CNN earlier this month accusing the outlet of “fake news” and threatening to come to the network’s Atlanta headquarters to “gun you all down.”

The Breitbart writer is generous enough to include a line decrying the violence — “No matter how deliberately provocative or intentionally dishonest CNN chooses to be, nothing justifies or excuses violence or death threats — even against a network that itself stokes violence” — before concluding that CNN should stop playing with fire…or else?

“The idea that CNN is willing to play with fire when no one wants to see anyone over there get hurt is, to say the least, a disturbing spectacle.”

UPDATE: 6:54 p.m.: Breitbart somehow only realized after publication that Notle’s article is a flaming piece of controversial garbage. They have amended the headline accordingly.

Breitbart has changed the headline, but copy appears to remain the same. It includes lines like, “Last week … CNN got its own taste of that misery and fear.” pic.twitter.com/L6y5AQUnXD