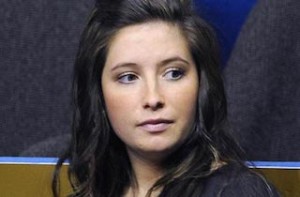 Bristol Palin — yes, that Bristol Palin — took to her personal blog this week to criticize the A-Listers who have repeatedly turned down the opportunity to perform at President-elect Donald Trump‘s inauguration next month.

The daughter of former Alaska Governor Sarah Palin wrote, “these same mega-celebrities, who would normally drool over an invitation to sing for the president, want no part of it.”

And despite claims from the Trump transition team that they are having no problem trying to find big name stars to perform at the January 20th event, Palin admits at one point, “Trump’s inauguration team sought out some of the world’s greatest musicians, but nearly all of them have refused for fear of backlash or to stand against him politically.”

Trump’s inauguration is currently slated to feature 16-year-old Jackie Evancho singing the national anthem, the Mormon Tabernacle Choir, as well at the world-famous Rockettes — though several of the dancers of the Radio City ensemble have spoken out against being forced to perform, with one anonymously writing, “The majority of us said no immediately.”

Bristol Palin continued Wednesday, writing, “Isn’t it amazing how “not cool” it is to be conservative in the public eye? Either Hollywood is that far off – or we have so many sissies we have in the spot light too scared to stand for what they believe in!”

On her list of “sissies” is Elton John, Celine Dion, and Andrea Bocelli, who Palin asserted this totally bonkers claim about with zero evidence to back it up: “Sources say Trump encouraged [Bocelli] to back out so he wouldn’t lose fans.”