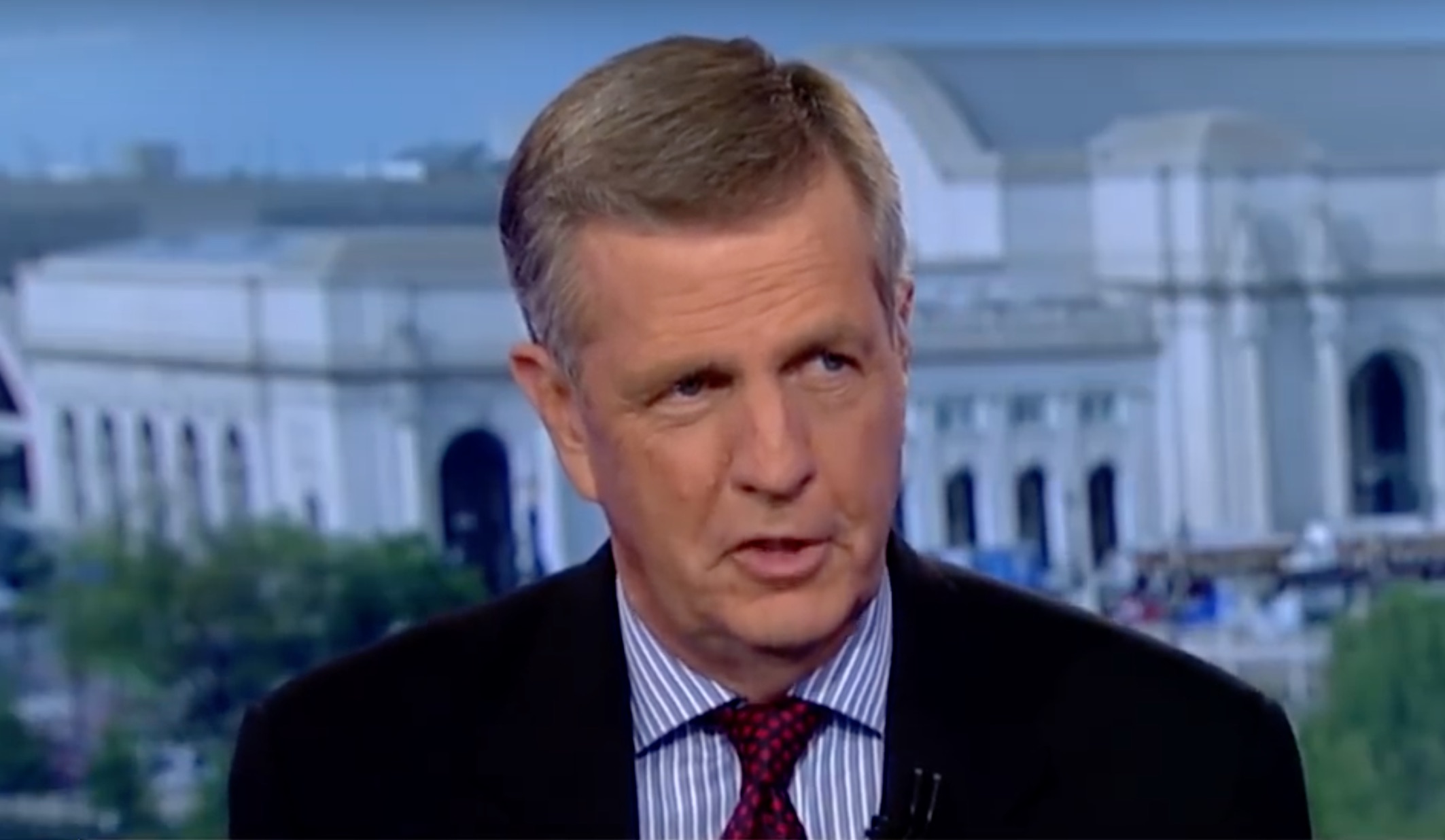 In a Monday tweet, the veteran newsman said that the president’s comments were “nativist, xenophobic, counterfactual and politically stupid,” but could not be characterized as racist, “a word so recklessly flung around these days that its actual meaning is being lost.”

Trump’s “go back” comments were nativist, xenophobic, counterfactul and politically stupid. But they simply do not meet the standard definition of racist, a word so recklessly flung around these days that its actual meaning is being lost.

On Sunday, Trump fired tweets aimed at four freshman Democrats, Rep. Ayanna Pressley, Rep. Alexandria Ocasio-Cortez, Rep. Rashida Tlaib, and Rep. Ilhan Omar, telling them to go back to the countries they came from, despite three of the four women having been born in America. “You can’t leave fast enough,” he said.

A number of Twitter users called out Hume, which prompted the analyst to share the definition of “racism” according to Merriam Webster.

“Sure he irrationally picked out people because of their race and said something that was targeted at them solely because of that one single factor, but that’s not racist, it’s just racial based irrational prejudice” ?

Oh, how novel….a guy who hasn’t experienced racism…explaining what racism “is”.

I would like to understand how you define racism. He has not told Melania or European
white immigrants to go back. Would suggest that focusing on brown women reflects racism. pic.twitter.com/sdtoOMJ9An

Lol what is the point of this tedious parsing Brit?

What do you think the word “racist” means?

For those who asked what is my standard definition of racism, here is an answer: Note definition 1. https://t.co/4kPRE3wDA7