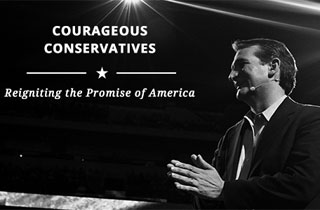 Campaign finance laws: everyone knows they’re broken, but few know exactly where and how it’s broken. In this confusion, a handful of prospective presidential candidates have managed to raise millions of dollars for a campaign, if they so choose to run for president. But is it illegal?

Ryan says that the issue lies in how the candidates are using their PAC money: according to him, “[Jeb] Bush, [Hillary] Clinton, [Scott] Walker and other road show companions like Marco Rubio, Chris Christie, Rick Perry, Carly Fiorina and even Donald Trump,” have been careful to say they’re not running for president. In fact, they’re not even “testing the waters”, because “in legal parlance, ‘testing the waters’ means engaging in activity for the purpose of determining whether to run for office.”

According to the Federal Election Commission, “testing the water” has a pretty strict definition, and encompasses activities including “polling, travel and telephone calls to determine whether the individual should become a candidate.” It’s pretty obvious that any politician running around the country talking about their vision for an American future is “testing the waters” for a presidential run.

But Ryan points out that that the money they spend to “test the waters” likely comes from a massive pile of money, emphasis ours:

So why is the press allowing them to get away with this apparent fiction? As reporters cover the daily activities of these nascent presidential campaigns, they’re ignoring what should be a major story. Any prospective presidential candidate who’s paying for testing-the-waters activities with funds raised outside the $2,700 per donor candidate limit is violating federal law. Isn’t this worth a mention in the stories about Bush’s self-imposed $1 million contribution limit for the quarter?