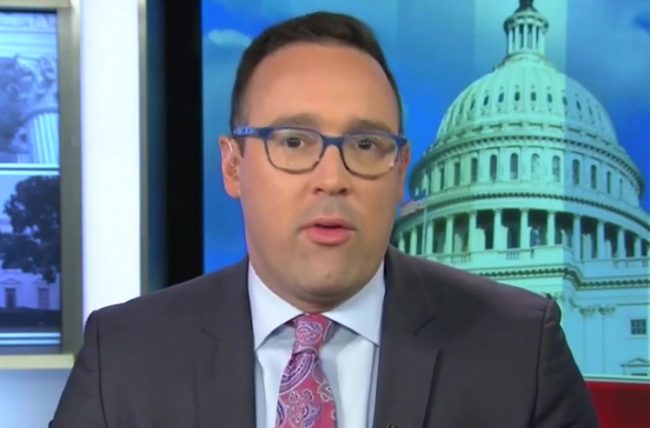 A MUCH more poetic speech than Trump usually gives.

Two minutes after Cilliza’s tweet, Trump spoke about North Korea in terms no one would consider poetic.

“The United States has great strength and patience, but if it is forced to defend itself or its allies, we will have no choice but to totally destroy North Korea,” Trump said. He added, “Rocket Man is on a suicide mission for himself and for his regime.”

Twitter mocked Cillizza for calling the speech poetic. Here is a sampling of the criticism.

Trump: [shoots someone in head]

Chris Cillizza: The restraint Trump showed in not burning them alive is so presidential. Strong leadership.

FFS that was from *today*?! Trump is a poet just like Cillizza is a journalist

If the goal here is to make everyone stop fearing nuclear annihilation but actually welcome it, then I say, “good job, Mr. Cillizza!” https://t.co/ckk9Pu6aYX

Peak Cillizza: talks about the poetry of the language, ignores that it sets up a direct confrontation with a nuclear regime. https://t.co/xkDNTOUO1m

You are the cheapest date in the biz.

Have you lost your mind? He threatened to blow up North Korea. Maybe you think today’s the day Trump became presidential, too.

All it takes is a few cliches huh

Cillizza defended his Tweet — saying it was a real-time reaction to the speech prior to the North Korea rhetoric.

Nope. Look at when I tweeted this. Well before Rocket Man.

Ah. My bad. You just overreacted to two adjectives early in a speech. When you put it like that it sounds way better.

I didn’t overreact. I was tweeting in real time. have a great day.

OH MAN. You cherry picked one in a series of live tweets to dunk on me. Congrats!

Incidentally, Cillizza was not without his backers. Chief among them, our own Larry O’Connor

The comments on this thread… Didn’t you get the memo, @CillizzaCNN? Thou shalt never say anything about Trump that isn’t negative… EVER! https://t.co/N6pRnsur3W