Chinese Restaurant in Kenya Shut Down for ‘No Blacks’ Policy 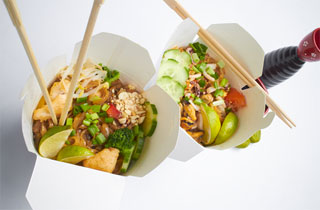 If you’re a Chinese restaurant in Kenya, it seems counterintuitive to enforce a “no blacks” policy at your establishment, but apparently there was such a place as recently as yesterday.

In a statement, Nairobi governor Evans Kidero emphasized that “all business and service providers must ensure that all customers and clients are treated with respect and dignity, irrespective of race, colour, sex, tribe and religion.”

According to the owners, they put the policy in place after a 2013 robbery, and then also a terrorist attack whoa okay what:

The Nation newspaper quoted a restaurant manager as saying the policy was aimed at keeping out thieves and members of Somalia’s Al-Qaeda-affliated Shebab militants, who in 2013 massacred at least 67 people in Nairobi’s Westgate shopping mall.

“We don’t admit Africans that we don’t know because you never know who is Al-Shebab and who isn’t,” restaurant relations manager Esther Zhao was quoted as saying.

“It is not like it is written on somebody’s face that they are a thug armed with a gun,” she said, adding the Chinese embassy in Nairobi had told Chinese businesses to be vigilant over the threat of attacks.

In a letter from the owner, it’s clear that they’re sticking to this It’s because terrorism line:

This apology from the Chongqing #RacistRestaurant is the best thing you'll see today #TheChineseInvasion pic.twitter.com/WXLwx2lXAF

Damnit, Chinese people in Nairobi! Only Americans are allowed to blame their irrational racism on terrorists.