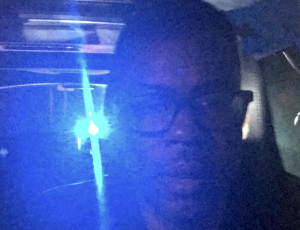 An open letter to Chris Rock…

In an effort to try to prove there’s rampant racism among the police force in the county we both live in (Bergen County, New Jersey), you posted three selfies of yourself on Twitter sitting in your car upon being pulled over. Of course, you don’t bother to explain if you deserved to be pulled over… you just let an impossibly lazy and complacent media run with the narrative you intended to create: just a black man minding his business behind the wheel until getting harassed by white cops racially profiling.

You shared the number of times you’ve been pulled over in the past two months: three. It’s interesting because that’s also the number of times you’ve been arrested–according to you–for driving violations during your storied career behind the wheel. You also were charged for driving with a suspended license and even arrested once for vehicular assault.

Does racism exist in this country? Of course. Do voices like yours–the kind that reach 3.2 million Twitter followers–help improve matters when sending out tweets like the ones you sent yesterday that include almost little to no information outside of “Stop by the cops again wish me luck”? Because asking your fans to wish you luck implies that you may be running into a problem by those evil cops, right?

So maybe you should tell the full story behind why you’ve been pulled over in each instance, what your experience was with each officer, and what the result was (a ticket? a warning?).

If you’re not willing to do so, then kindly go back to making Grown-Ups 3 . Because whatever narrative you’re trying to push here only pollutes the water even more. Some in the media, of course, will help you do that…because those breathlessly running with your selfie story couldn’t bother to simply Google your biography to see your driving record and the arrests that came as a result in the past.

Because if the race-baiting fits…