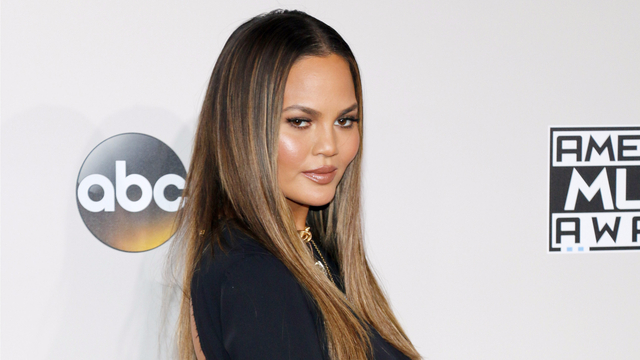 It’s no secret that Chrissy Teigen does not like President Donald Trump. It’s also no secret that she’s a master of Twitter. Last night, she went on a pretty epic rant trolling POTUS and requesting that he pay her medical bills for the “crippling anxiety” he’s caused her since he’s been in office.

She went in pretty much right away, saying she’s “so f*cking tired of his manically insane, incompetent president and this dumpster fire of an administration” that she might have to go on more medication:

so fucking tired of this manically insane, incompetent president and this dumpster fire administration I’m gonna have to go on another med

that is not a joke. I think I need to either up my dosage or talk to my doctor to “see what works for me” when the world explodes.

It’s taking a toll on her teeth and jaw. And, because it’s his fault she’d like the President to foot the bill:

Today I had a tooth shaved down because crippling anxiety makes me grind and rock my teeth on one side. I blame trump.

I also had Botox in my jaw muscle to relieve tension from constantly clinching. I was not like this before. Pay my bill, POS POTUS

Politics aside, I feel relief for the first time in many months. It really works.