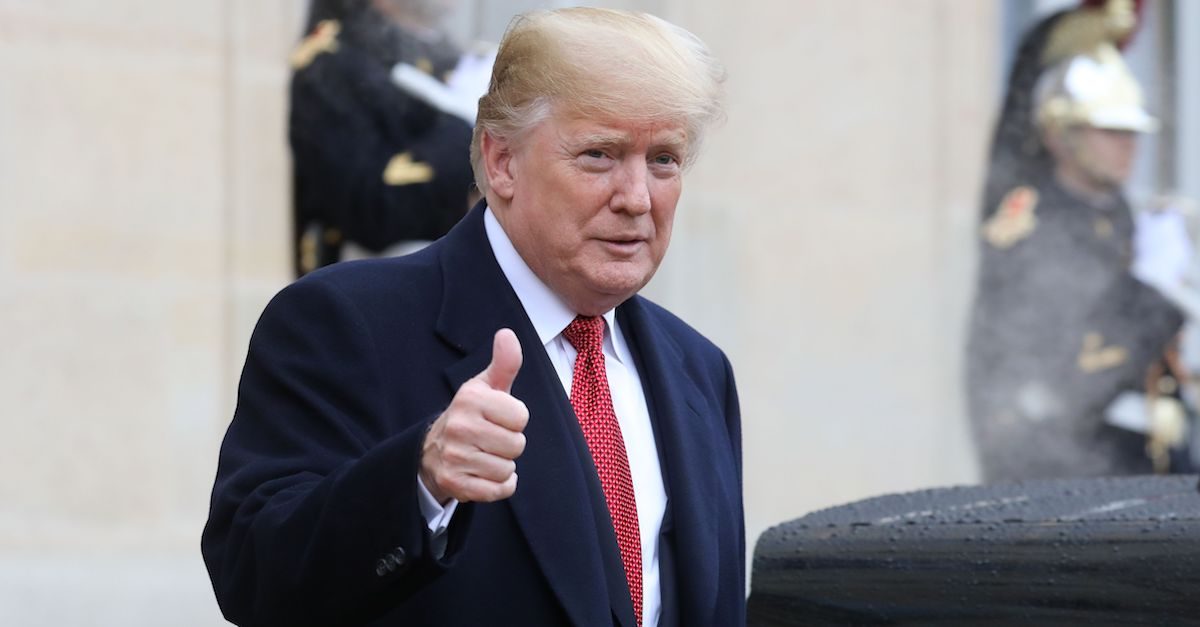 Last week, the news media was once again obsessing about how the Trump administration was — stop me if you’ve heard this before — melting down on multiple levels. And that this time he may really be in big political trouble. I wrote this column analyzing the prospects that Trump’s popularity really would be greatly influenced by the spate of recent controversies, given that he had already survived so many potential mortal wounds in 2018, without really even losing much figurative blood.

My tentative conclusion at the time was that, since nothing seems to matter anymore, the most likely outcome would be very little negative impact on Trump’s approval ratings. I also suggested that, if this was indeed the case into the first week or two of 2019, that his political base should be deemed so indestructible as to make it nearly impossible to remove him from office, regardless of what facts already have, or may soon, become known about him.

Now, after spending Christmas evening with my pro-Trump in-laws and some of their friends, it is clear to me that even my rather pessimistic view of the current state of the average Trump supporter was off. Based on this highly-unscientific, but anecdotally interesting, “survey,” there appears to be almost no significant wavering on Trump at all.

To be clear, knowing how inflammatory any Trump subject matter is, I didn’t provoke any conversation about him, it just kind of happened. The “focus group” I was dealing with was particularly noteworthy because these are highly-educated and professional people who have also lost fairly substantial amounts of money in the recent stock market collapse.

Weirdly, I am pretty sure that a couple of them actually voted for Barack Obama the first time around. I would not classify any of them as full-blown “Cult 45” members, though if they aren’t softening on Trump, there is no way that the “cult” of MAGA red-hat-wearers is.

So here we have a situation where they all know that it is my job to follow all of this all very closely, and they even know that Trump himself has recently tweeted three times about my podcast, using an interview I did to support his defense in the Russia investigation. You would think that I would have at least some credibility when making counter arguments to their preferred, “Trump is doing just fine” narrative.

If I did, there was absolutely no evidence of it. Instead, it felt like these were good people whose brains have been literally reprogrammed by Fox News Channel, with them bizarrely citing some unknown liberal being unable to answer a question from Tucker Carlson as somehow being substantial evidence that Trump is on the right track (even when I explained how Carlson, whom I have dealt with fairly extensively, really operates, I got nowhere).

I had expected at least a little bit of cooling towards Trump, but it seemed like they were mostly digging in more stubbornly than ever, thus confirming my theory that this is all really much more about them than it is about anything that Trump does or doesn’t do. Having supported him during the 2016 election, they appear too invested now to admit that they might have been tragically wrong to do so.

It was fitting that this incredibly frustrating conversation occurred on Christmas because it had a lot of the markings of talking to a child about Santa Claus (which was also remarkably ironic given that, the night before, Trump himself, suffering a rare bout of truth-telling, essentially told a seven-year-old girl that there is no Santa Claus). No matter what facts I brought up, they had some sort of nonsensical, usually totally irrelevant, Fox News Channel-generated “response” ready to go.

It was all incredibly reminiscent of dealing with my six-year-old daughter’s increasing questions about Santa, only in reverse. When she asks how a rather large Santa can get down our rather narrow chimney, she is more than happy to uncritically accept that Santa has his tiny elves go down the small ones. Similarly, when Trump supporters are asked about whether the money they lost in the current stock correction has influenced their belief in Trump, they claim, with a straight face, that it’s all because the market, which usually loves political gridlock, is somehow terrified of Democrats taking over the House.

The biggest difference is that by next year, 2020 at the latest, my daughter is no longer going to blindly buy such silly rationalizations. I see no sign that the same can be said for the adults with whom I had Christmas dinner.

When I shared this experience on Twitter, I was bombarded with people telling similar stories of their holiday conversations with pro-Trump relatives. So, again, while none of this is at all scientific, it may still have significance.

Consequently, Trump’s approval ratings may indeed still take a small hit in the next couple of weeks, but I would now be shocked if they went down significantly–which they need to if he is ever going to be removed from office. All signs are that the wall Trump has built around his support is going to endure this current storm, at least for now.