Chuck Norris: I Never Said Jade Helm Was a Plot to Take Over Texas

Chuck Norris: I Never Said Jade Helm Was a Plot to Take Over Texas 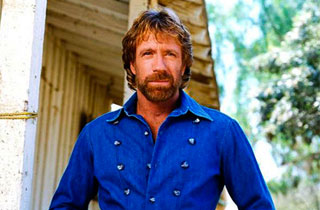 Remember the Jade Helm conspiracy? There were some paranoid conspiracy theories about how the training exercise was just about a military takeover of Texas. It got to the point where Texas Governor Greg Abbott assigned the state guard to keep an eye on what the military was up to.

One of the people positing that something fishy was going on was Chuck Norris, who wrote a column for WorldNetDaily expressing his extreme distrust of what was going on. He questioned the official line that it was “just a training exercise” and said, “It’s neither over-reactionary nor conspiratorial to call into question or ask for transparency about Jade Helm 15 or any other government activity.”

Well, for some bizarre reason, people assumed Norris was giving credence to the conspiracy theories. Well, Norris fired back in a new WND column yesterday, in which he says he was “misquoted by some in the mainstream media.”

Norris says he was just asking questions, but they weren’t meant to question the military:

I am a patriot in every sense of the term and a staunch super-supporter of those who serve our country in all four branches of our U.S. military. My comments about Jade Helm 15 are directed at its Washington leaders, not our courageous men and women in uniform.

So what, besides a military exercise, does he think Jade Helm was? “A display of power… intended for deterrence of enemies like ISIS and other terrorists.”