CNN Ran With Kavanaugh Accusation For Hours After Retraction 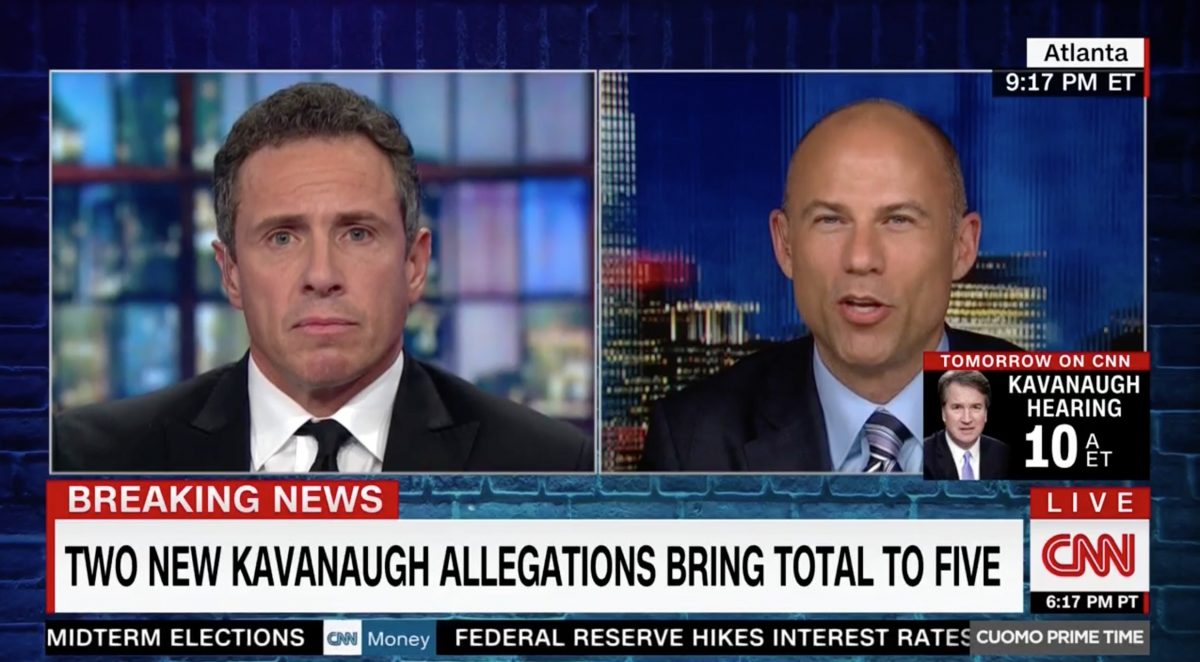 On Wednesday, new accusations were leveled against Supreme Court nominee Brett Kavanaugh. Among them were the allegations by a client of Michael Avenatti and two from people who elected to remain anonymous. One of those, about an alleged assault in Rhode Island, was basically a rumor, and it was recanted by the person who apparently started it. But CNN ran with the story anyway. After that recantation.

The Rhode Island allegation was among the details revealed when the Senate Judiciary Committee released transcripts on Wednesday from their interview of Kavanaugh. The transcript included the details of the alleged assault, which had been relayed to Sen. Sheldon Whitehouse‘s (D-RI) office and thus brought to the committee. Lawmakers also included several tweets, read verbatim to Kavanaugh, from the account of the man who made the claim.

The account that sent those tweets recanted the accusation an hour before CNN ran their story, which detailed the charge without noting that the person had recanted.

CNN published a story about the boat accusation at 9:00pm. They tweeted it out at 9:00pm. The story has no mention of the accuser recanting on twitter, which was tweeted at 7:50 pm, over a full hour before publishinghttps://t.co/EbLJIS5Xeq pic.twitter.com/ua98cJW8gn

The story itself was such flimsy material that no news outlet should have treated it as credible. An unnamed male told Whitehouse that in 1985, an unnamed female with whom he was acquainted once told him that she was sexually assaulted by “two men named Brett and Mark.”

The man did not witness the incident. He instead anonymously alleged that an anonymous female friend told him about it. And it does not identify Judge and Kavanaugh, but instead that two guys named Brett and Mark assaulted her.

The unnamed man who called Sen. Whitehouse also claimed that “he and another individual went to the harbor, located the boat the victim had described and physically confronted the two men, leaving them with significant injuries.”

His story was me and my buddy beat up two guys in 1985 that a woman we knew said assaulted her. Also they were named Brett and Mark.

Kavanaugh was asked about this because Sen. Whitehouse brought the charge to the committee. When the information came out, CNN not only wrote about it, but their coverage began referring to there being “five allegations.”

Partisan Senate hearings aren’t expected to adhere to courtroom or journalistic standards, even if they ought to, and the fact that Kavanaugh was asked about the Rhode Island accusation is a piece of news. But to report the allegation without highlighting how flimsy it is, and to treat it as one equal part of five total accusations is already bad reporting. It is worse that the absurdly thin premise on which the story was based was already dead and withdrawn before CNN even wrote about it, and before the “five allegations” had become part of the network’s ongoing coverage, which it was for several hours. 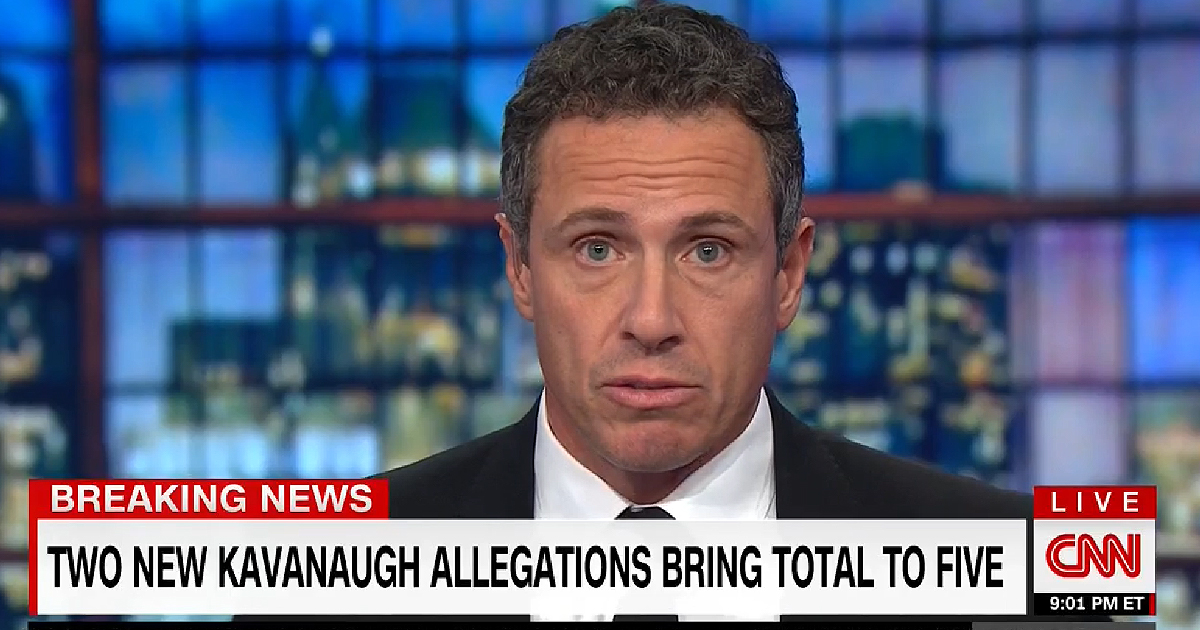 In Chris Cuomo‘s coverage, he said it was “hard to credit” the anonymous allegation, but as you can see in the image, the “five allegation” chyron remained, and neither he nor the article had yet included the flimsiness of the provenance nor the Tweet that was later added in a very late update.

Kavanaugh, in the interview with the committee, denied the near-allegation: “No, I was not in Newport, haven’t been on a boat in Newport. Not with Mark Judge on a boat, nor all those three things combined. This is just completely made up, or at least not me. I don’t know what they’re referring to.”

Reached for comment, CNN told Mediaite… nothing, they didn’t reply.

This accusation was treated as one among several, giving the impression to viewers and readers that there was a groundswell of accusations against Judge Kavanaugh. But the Rhode Island story would normally never meet the standard for publication by any serious news outlet. The hook that it was asked about by the committee should not abrogate the network’s responsibility to treat it with the appropriate amount of skepticism, and certainly not to fail to check the account cited in the report to even see if the person was credible or had made any contrary claims. Had they checked, they would have found the answer was “no” to the former and “yes” to the latter.