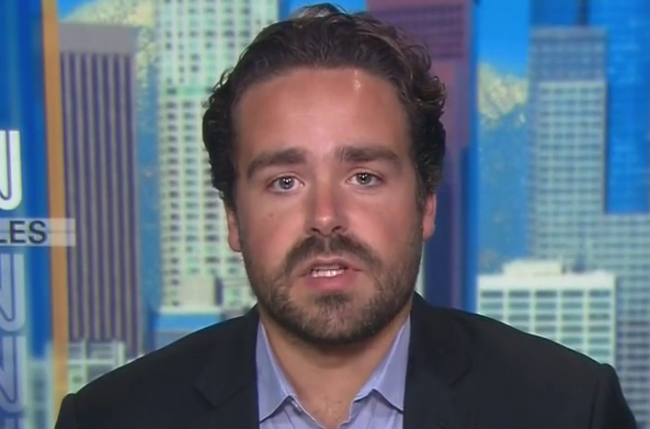 The hurricane of sexual harassment scandals that have rocked Hollywood, the media, and recently Capitol Hill, but CNN reporter Dylan Byers had a different take.

On Tuesday evening, he tweeted the following: 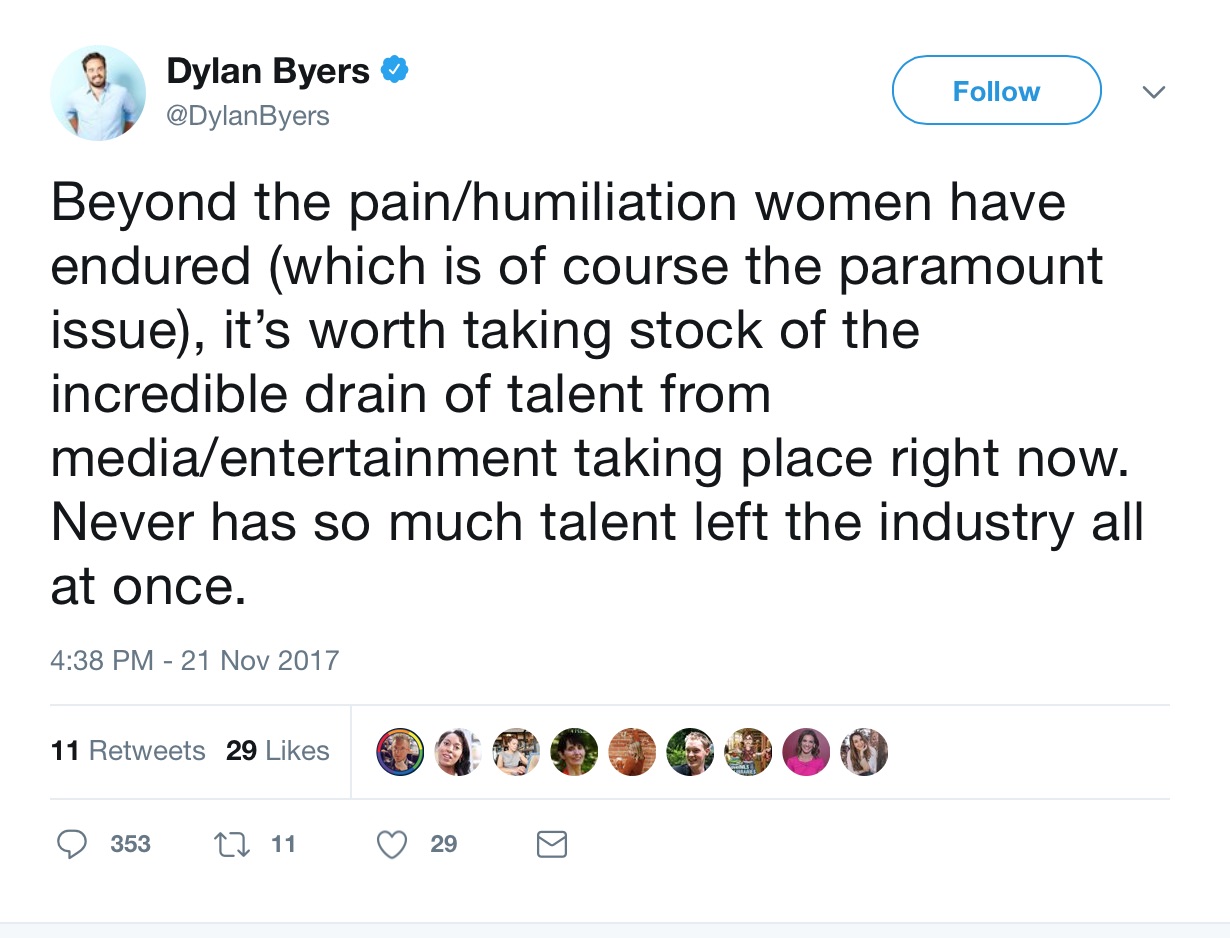 He was making a reference to many of the high-profile figures that were hit with sexual harassment allegations including Kevin Spacey, Jeffrey Tambor, John Lasseter, Charlie Rose, Mark Halperin, and Glenn Thrush, all who have either stepped down or had been suspended or fired.

You’re surely talking about the women who never had full careers in media and entertainment, right? Because that is the only tweet that would make sense right now…

Yeah geez what on Earth will we do without the sociopathy of the Kevin Spaceys and Harvey Weinsteins of the world, won’t someone think of Bret Ratner’s CONTRIBUTIONS

I think we can find some suitable replacements

this isn’t the worst take I’ve seen in the last few weeks, but it’s one of the most embarrassing. You should delete it quickly.

WHAT IS WRONG WITH YOU?

You know what was an actual massive drain of talent from the media/entertainment world? All the women that were chased away by sexual predators.

How many of this “talent” was riding on the coattails of underpaid and overlooked women and people of color to do the real work? Sorry not sorry that they’re getting the heave ho.

I’ve covered the entertainment industry for 30 years. This “drain” is a teaspoon out of an ocean. And there’s a sea of talented people who never got a shot because of men like these.

this is what a sexist asshole tweets. go fuck yourself. let’s fill the “void of talent” with that of the incredible women actors who have been pushed down for far too long.

This tweet is the most embarrassing thing I’ve seen this week, and I saw a dog wearing a full rain suit today.

The WHOLE POINT of the current situation is that there has been an incredible drain of talent going on for a hundred fucking years but yes let’s all take a minute to miss the rapists.

No, the idea that these guys were indispensable is what protected them for so long. Journalism will be just fine without them. Think of the talent that never broke in or left because of harassment. https://t.co/RyJTSbfFXI

I’ve taken stock and I’ve found I don’t give a fuck. https://t.co/zh0TFuaryK

Is this a joke? 1. It’s a handful of guys, a small percentage of existing harassers; 2. Their “talent” is on a scale developed by other white guys; 3. We’ll never know the talent that could have flourished w/o these guys in place. https://t.co/K0OGxUsVvs

My hands are shaking…. @DylanByers delete your tweet.
That "talent" who led the industry physically and sexually assaulted DOZENS of women who left TV news from fear and that "talent" who would only help our careers if we had sex with them. #MeToo https://t.co/3pvJF0UDsw

Byers followed up his initial tweet calling all the criticism “totally fair.”

I’ve deleted my previous tweet. It was poorly worded and didn’t properly convey my intended observation.