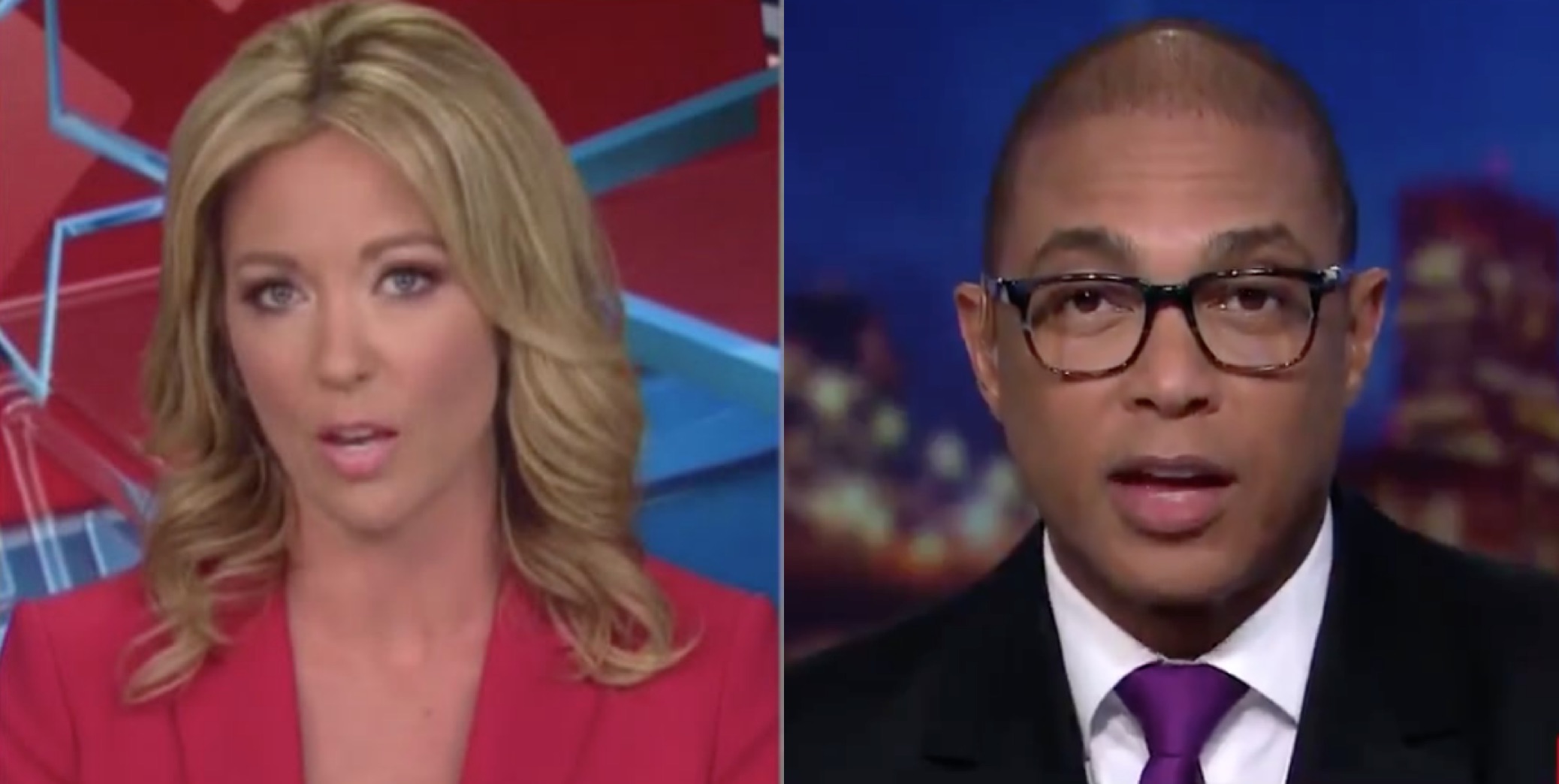 It began in the afternoon during a panel discussion conducted by CNN anchor Brooke Baldwin, when Daily Beast columnist Matt Lewis referred to the protestors who ambushed Cruz as a “mob.” Baldwin was offended simply by even the use of the word “mob.”

“Oh, you’re not going to use the ‘mob’ word here,” Baldwin reacted.

Lewis doubled down and his mob declaration, arguing there’s “no other word” for it.

“Stop… a mob is what we saw in Charlottesville, Virginia two Augusts ago,” Baldwin pushed back. “A mob is not what we saw chasing — I’m not saying what they did was right.”

Lewis then invoked the protestors who were banging on the doors of the Supreme Court, which prompted Mary Katharine Ham to say that’s “pretty mobby.”

“What do you call that? Civil protest or is that a mob?” Lewis asked. “I think that is easily a mob.”

“Yeah, and if they were Tea Partiers, we’d call it a mob for sure.” Ham told Baldwin. “C’mon, let’s be serious.”

Nonetheless, Baldwin didn’t back down, literally referring to the mob as the “m-word” as if using the actual word would offend her viewers.

She then passed off the baton to her colleague Don Lemon, who made the same argument on his show Wednesday night after Cruz’s dinner was mentioned on his panel, as well as the harassment Senators Jeff Flake (R-AZ) and Susan Collins (R-ME) faced by protestors in elevators on Capitol Hill.

“But that doesn’t mean that people don’t get to object,” Lemon told the panel. “That’s your right as an American to object. It’s covered in the First Amendment. It’s like the first one!”

And during a heated exchange with Matt Lewis, Lemon also rejected the “mob” label.

“Is it mob behavior? Not it’s not mob behavior. It’s people who are upset and they’re angry with the way the country is going,” Lemon told Lewis. “You should look up the word ‘mob’ in the dictionary.”

Well, according to Oxford Dictionary, the word “mob” is defined as “a large crowd of people, especially one that is disorderly and intent on causing trouble or violence” and Dictionary.com defines it as “a disorderly or riotous crowd of people.” In other words, it’s exactly what defines the anti-Kavanaugh protestors.

But since Lemon didn’t have the definition of “mob” with him, he carried on with his bizarre defense.

So what’s “beyond the pale” is Baldwin and Lemon’s defenses of such behavior. There can be time, place and manner restrictions on the First Amendment and its entirely fair to argue that harassing someone and their family at a restaurant is not the time, place or manner to do it.

The most frightening aspect about this conversation is the apparent effort to normalize the harassment of public officials. This is the kind of stuff that only Rep. Maxine Waters (D-CA) had encouraged. Now it’s being embraced by major players in the mainstream media?

Mary Katherine Ham and Matt Lewis were both correct with their assertion that if this were the Tea Party that harassed Democratic lawmakers instead of the #Resistance harassing Republicans, Baldwin and Lemon wouldn’t be hesitant to call them a “mob.”

What would it take for them to believe that what happened to Cruz is not okay? For one of those protestors to have a gun? For God’s sake, Cruz said he and his wife were chased down an alley after they had left the restaurant! How is that not mob behavior?

No matter what cable news anchors or failed presidential candidates say, we cannot allow incivility to become the new normal. Civility is what separates us from anarchy and if you’re fine with this staunch defense of hostility towards those you disagree with, then you’re allowing a cancer to spread in American discourse.