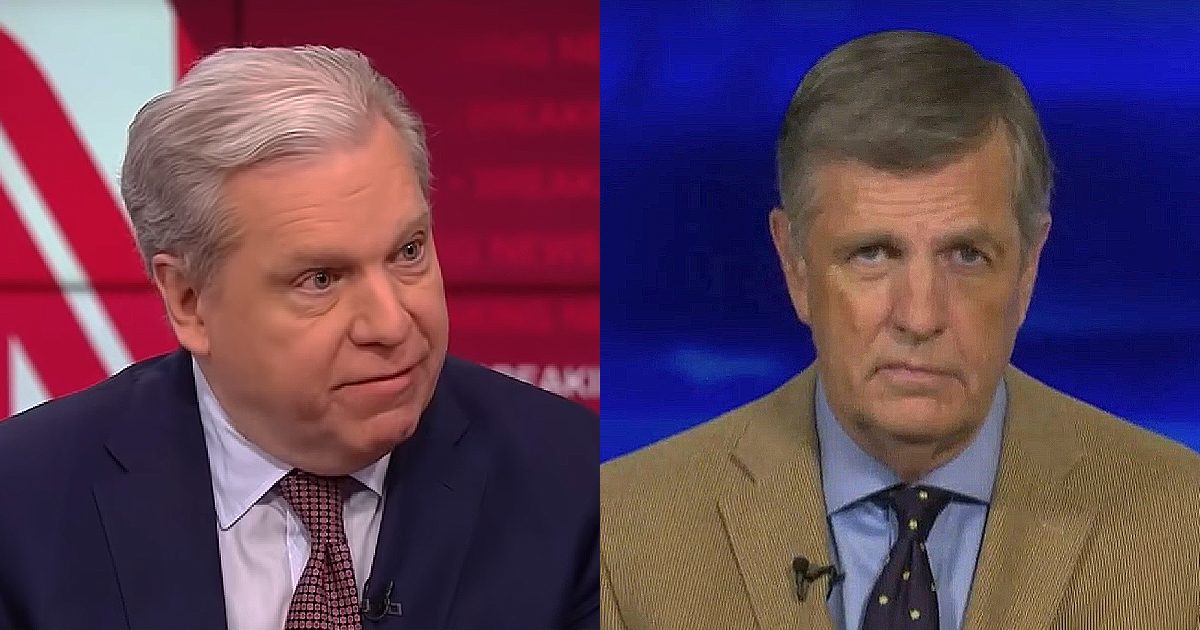 At issue? Tucker Carlson’s recent radio interview snippets that had been unearthed by progressive watchdog Media Matters in which Carlson is heard using homophobic terminology, dismissing Iraqi’s as “dogs” and touting the civilization benefits brought forth by white people.

Hume linked a thoughtful article penned by former presidential candidate David French that he nicely summarized in a tweet that read “1. I don’t like it when people say shocking things to shock jocks. 2. I like it less when we data-mine a person’s past to blast them out of the marketplace of ideas. Were people actually outraged by Tucker’s comments? Or vengefully gleeful to find them?”

Hume employed the increasingly tired “a good offense is the best defense” tactic, by saying that it’s Tucker’s commercial success is what truly angers his liberal critics, and not the offensive statements made yester-decade. In other words, it’s NOT the offensive remarks that matter, its that people FOUND them. Stupid Google.

What really drives the left and its agents nuts is that Tucker has succeeded in maintaining the Fox’s 8 pm hour dominance since Bill O’Reilly’s departure. https://t.co/QeYDZ5GvyM

Enter Lockhart, who reasonably dismissed Hume’s defense by pointing out what he, and many of Carlson’s critics, see as divisive and corrosive opinion programming during Fox News 8 PM hour:

Brit— no what drives me crazy is that bigotry and misogyny sells so well. It’s a stain on our country. Ratings don’t trump values and I know you know that

Those were the same sorts of attacks the left used to make on Bill O’Reilly. But now that he’s only doing a podcast and posting on his website, the left has lost interest in him.

Don’t really care about Oreilly. Are you ok with Tucker’s radio comments?

Of course you don’t. I care about Tucker’s radio comments about as much as you did when he made them.

I only found out about them yesterday. For me I can say I’ve never referred to a women publicly or privately with the c word or called any group of people monkeys. Never heard you say those things either. Not sure why it’s ok with you

And there is the latest example of the current national debate that we are watching. Two very well respected individuals (by their own ideological communities they represent) debating the power of words versus commercial success.

The more you know!

(star wipe and out)