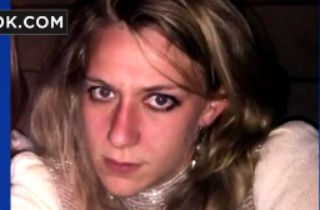 Last week, a Durango Herald reporter expressed outrage after receiving an accidental voicemail from police officers who made insulting comments about her “giant boobs.” This week, Chase Olivarius-McAllister took issue with a local CBS network’s report on her story, which she describes as “sexist.”

McAllister’s story began when she called the police department last week in order to inquire about local crime statistics. Deputy Sergeant Zach Farnam called her back with the info, but after he thought he hung up, he and two other officers had a disparaging conversation about her breast size, among other things.

CBS affiliate KCNC reported on the story today, with their segment including a statement of apology from Sheriff Sean Smith about the unprofessional conduct of the officers. However, McCallister criticized the story online, noting that the cropped photo they used showed her breasts despite mostly being obscured by the lower-third.

In a series of tweets towards the station, McAllister blasted them for reaching out to police for statements on the story, but not her, as well as the fact that they didn’t show pictures of the offending officials:

@CBSDenver What does how I look have to do with anything, at all? Why not show photos of anyone else involved – people you actually quote?

@CBSDenver This coverage is unbelievably sexist. I'm not quoted, period. Yet my picture is splashed on screen? #sexism #relevance?

You can watch the report here, via KCNC: