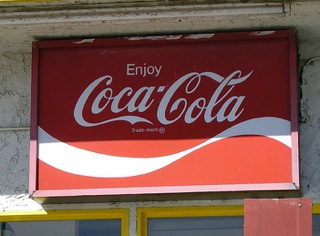 Democratic officials called for a boycott of certain companies supporting an organization pushing for voter ID laws today– among them Walmart and Coca-Cola– of which at least one has responded. Five hours after the boycott rallying call came, Coca-Cola issued a statement that it would withdraw support of that organization, the American Legislative Exchange Council, but not specifically because of the voter ID law support: Coca-Cola, the statement read, did not customarily support political efforts that had nothing to do with the corporation itself, and the news that ALEC had now developed an agenda independent of anything related to Coca-Cola disqualified it from the corporation’s support.

According to the Washington Examiner, the call to boycott came from “Democratic officials,” including Rep. James Clyburn, who told the paper that Democrats had “staffed up” to fight the laws. The group Color of Change also began a petition today, asking the corporation to stop funding ALEC. The Examiner has Coke’s statement on the matter, which comes hours after the call for them to stop:

In caving into the economic threat by liberals against a pro-voter ID law group, Coke issue this statement Wednesday afternoon: “The Coca-Cola Company has elected to discontinue its membership with the American Legislative Exchange Council (ALEC). Our involvement with ALEC was focused on efforts to oppose discriminatory food and beverage taxes, not on issues that have no direct bearing on our business. We have a long-standing policy of only taking positions on issues that impact our Company and industry.”

Walmart, on their part, stood by ALEC.

The Examiner is calling this a victory for Democrats, however, by calling this a “cave.” On the left, ThinkProgress is giving progressives credit for “compelling” Coke to let the organization go, as well. Meanwhile, the Drudge Report is calling the boycott calls a “blacklist.” And as far as they can accuse some of the left of threatening boycotts over the situation, there is no doubt that attempt was made. Coca-Cola’s statement, however, doesn’t exactly read like “caving in,” as if they changed their minds on the organization because some progressives were upset. Instead, they clearly say that their support of ALEC– and of other organizations like it– is contingent upon their work being relevant to the interests of the corporation. Voter ID laws have nothing to do with Coca-Cola, so they decided to withdraw. The difference may seem subtle, but any lack of recognition of outside pressure or disclosure of an opinion related to voter ID laws puts a serious dent in the argument that Coke is “caving in,” or that progressives have anything to celebrate other than bringing to Coke’s attention something they would have eventually discovered and acted upon on their own anyway.